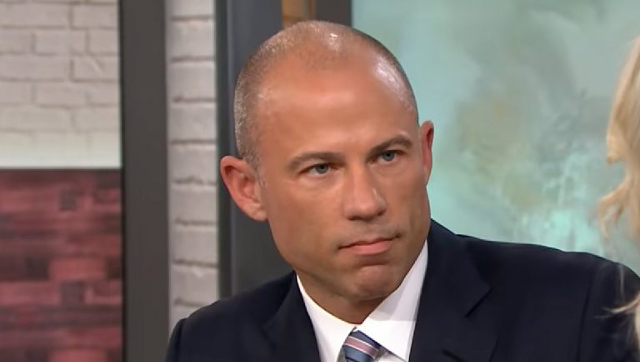 The following article, Avenatti’s Bad News Gets WORSE with MASSIVE Trove of Indictments, was first published on Flag And Cross.

Despite Michael Avenatti’s own purported legal qualifications, the celebrity lawyer is facing and enormous bevy of charges that could land him in the clink for quite a long time.

Avenatti painted himself into the stereotype of the combative, sleazy lawyer throughout the affair, appearing more often on television than even his supposedly “famous” client.

In a sweeping expansion of the criminal charges against Michael Avenatti, a federal grand jury has indicted the Los Angeles lawyer on 36 counts of fraud, perjury, failure to pay taxes, embezzlement and other financial crimes.

Avenatti stole millions of dollars from five clients and used a tangled web of shell companies and bank accounts to cover up the theft, the Santa Ana grand jury alleged in an indictment that prosecutors will make public Thursday.

And, as if the charges themselves weren’t damning enough, the nature of Avenatti’s crimes is despicable.

One of the clients, Geoffrey Ernest Johnson, was a mentally ill paraplegic on disability who won a $4-million settlement of a suit against Los Angeles County. The money was wired to Avenatti in January 2015, but he hid it from Johnson for years, according to the indictment.

In 2017, Avenatti received $2.75 million in proceeds from another client’s legal settlement, but concealed that too, the indictment says. The next day, he put $2.5 million of that money into the purchase of a private jet for Passport 420, LLC, a company he effectively owned, according to prosecutors.

The Department of Justice is expected to hold a press conference in the coming hours in order to better address the massive expansion of charges against Avenatti.