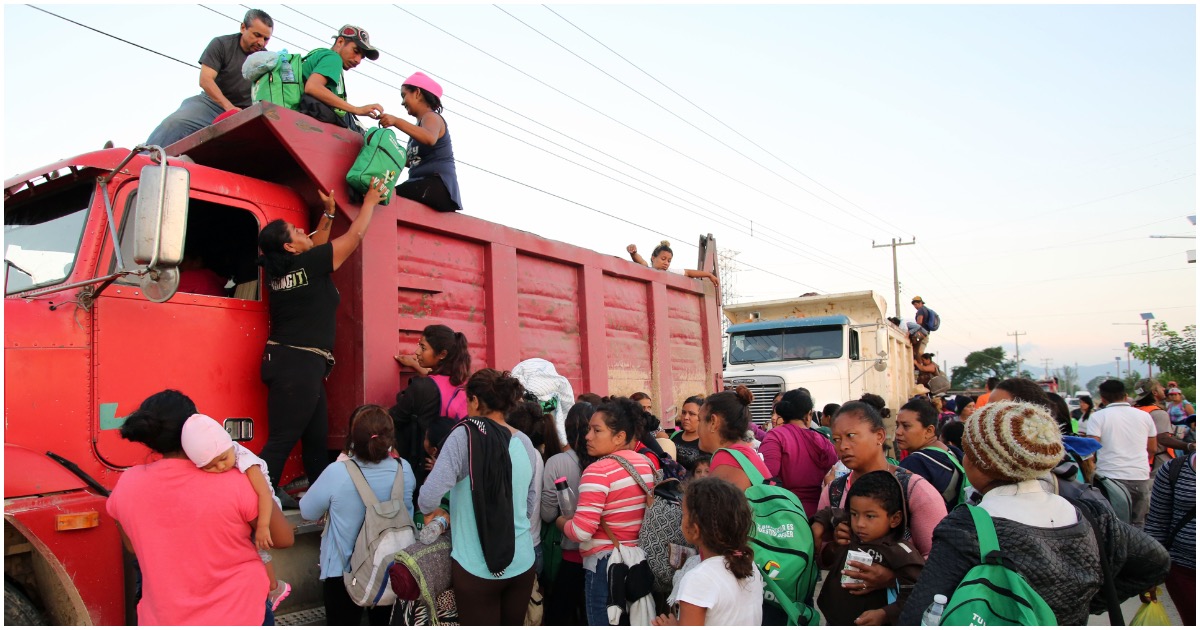 The following article, Another LARGE Caravan Forms In Honduras, Headed Straight for U.S. Amid Border Crisis, was first published on Flag And Cross.

If it hasn’t happened already, there’s probably a decent chance Time Magazine will at least consider the migrant caravans for their “Person of the Year.”

A few have already made their way through Mexico to the U.S. border, with multiple thousands being allowed entry due to border patrol being overwhelmed.

Now, another caravan has formed in Honduras.

“There are more than 800, almost a thousand,” a police official told AFP, with the Red Cross reporting the same number.

The caravan, which followed a call on social media, took the authorities by surprise after similar appeals since February failed to muster numbers.

The message is clear: either stop the caravans before they make it to the American border or no more cash.

The United States will no longer provide foreign assistance to El Salvador, Guatemala and Honduras.

They are referring to the migrant caravans that made their way to Mexico from Central America hoping to get into America.

When Trump said the caravan was an invasion, he was spot on.

In the video below courtesy of Fox News it becomes more clear:

President Trump might need to send even more members of the military to the southern border.

A fourth caravan pushes the number of people to around 12,000 strong.