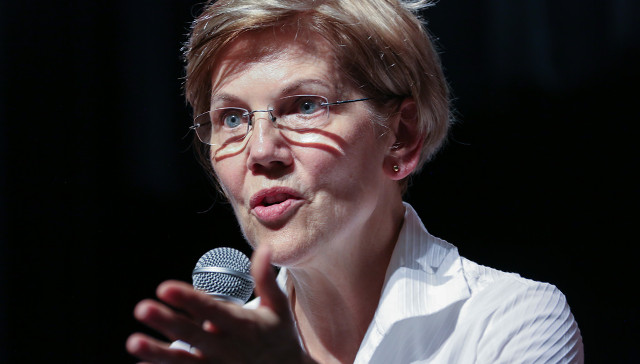 The following article, Liz Warren Warns Fellow Dems: Being Anti-Trump Won’t Win in 2020, was first published on Flag And Cross.

The 2020 election cycle is fully upon us, no matter what the Washington traditionalists attempt to tell us.

Bernie Sanders has $18 million in the bank, Joe Biden is facing the wrath of the #MeToo movement, and Liz Warren is attempting to distance herself from the Never-Trump movement in order to stand out.

“If your message is ‘not-Trump,’ it’s not going to work,” the Democratic presidential hopeful told about 500 supporters who packed a rally at a high school gymnasium in Reno. “Our job it to talk about our vision.”

The Massachusetts senator blasted President Donald Trump’s economic and environmental policies and touted her plan to invest $500 billion over the next 10 years to build, preserve and rehabilitate affordable housing units for low-income families. Warren said she would pay for it by returning the estate tax thresholds to where they were during President George W. Bush’s administration and imposing a new “wealth” tax on the nation’s 17,000 wealthiest families.

Warren has sparred with Trump in the past, most recently and embarrassingly over her longstanding claim of Cherokee ancestry.  Trump, in an effort to shame Warren, had once offered her $1 million to provide DNA evidence for her assertion.  When Warren’s DNA test came far from concluding such a lineage existed, many believed that the 2020 hopeful was finished before she ever entered the race.

This makes Warrens’ shying away from battling the President a prudent and predictable move, but not one that many other democrats are likely to follow.

Warren went on to lament the minimum wage and marijuana laws during her visit to Nevada.