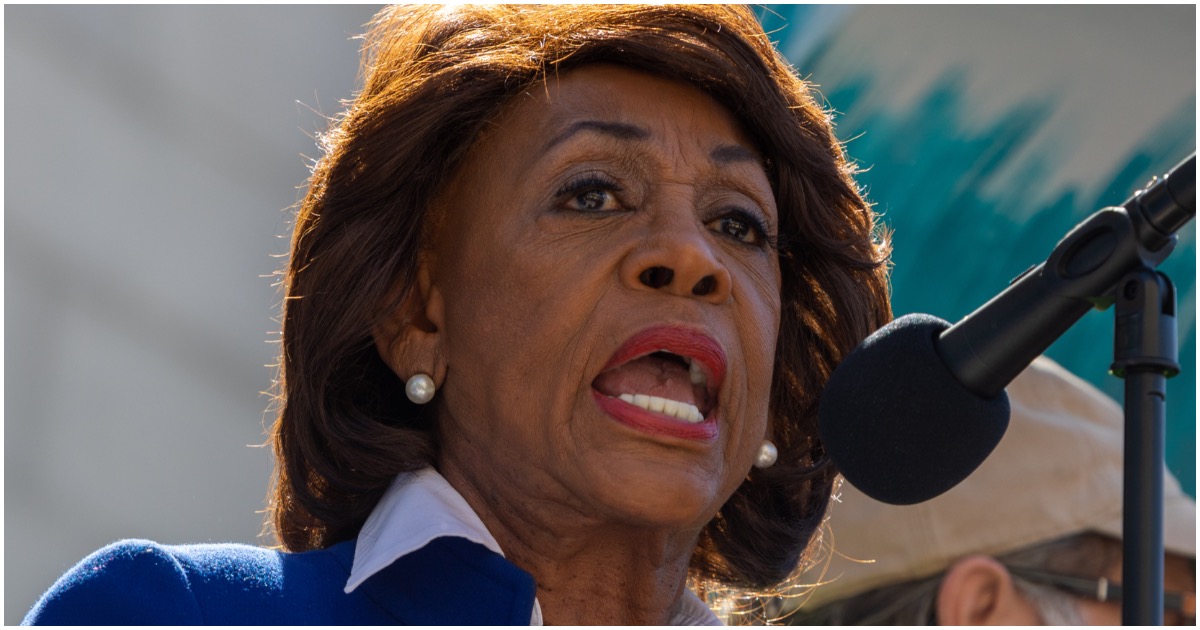 The following article, WATCH: Maxine Waters Embarrasses Herself, Blasts Trump For Being An ‘Expert Criminal’, was first published on Flag And Cross.

There are most likely plenty of expert criminals in politics all over the nation. Rep. Maxine Waters (D-CA) thinks President Trump should be classified as such.

This sort of silly talk is par for the course for Waters, and it doesn’t appear she’ll let up anytime soon.

It’s kind of embarrassing at this point. It’s time to grow up, isn’t it?

During an interview Friday night on MSNBC’s “All In” with Chris Hayes, Waters discussed the Democrats’ latest push to get President Donald Trump’s tax returns.

After suggesting that the president still may be compromised by a foreign entity, Waters called the president “an expert criminal who knows how to do everything possible to protect himself.”

Waters said, “Well, first of all, it has been stated over and over again that so many other presidents released their tax returns, that everybody expects that the president of the United States would follow suit, and he would release his returns. He’s lied. He said that they’re under audit. He never intended to release them.”

She noted, “He is not going to release them until we make him, until we force him to do it. He thinks now, that if he goes to court, if he ties it up in court, if he makes it go on long enough, that he’ll get to the Supreme Court, he thinks he owns enough votes in the Supreme Court in order to be protected.”

Maxine added, “This president is an expert criminal who knows how to do everything possible to protect himself. And all of those people who get in the way, who happen to be hired by government, will be fired. He attacks any government official who denies him what he wants to have.”

Maxine waters after #Trump TAX RETURNS…his one of the Boys with a criminal history.. pic.twitter.com/vlKd03Ongz

Waters: “I believe in the Constitution, and the Constitution gives us the authority and the responsibility to decide whether or not a president is acting in the best interests of this country. This president is not. As far as I’m concerned, he has enough violations, he’s been involved in a lot of activity that we believe needs to be made apparent.”

Waters: “And so, I believe that we have everything that it needs to basically impeach him. I believe that. And you’re absolutely right, we’re depending on Mr. Mueller.”