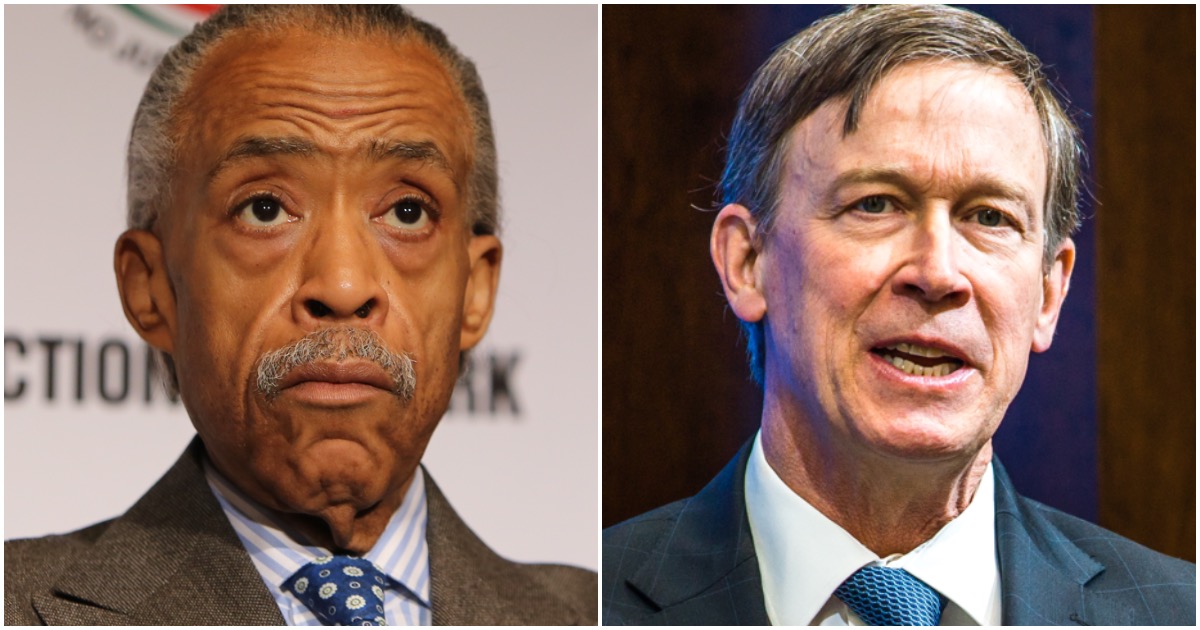 If anybody not named Bernie Sanders or Joe Biden walks away with the Democrat nomination for president, it will be a major surprise.

At Al Sharpton National Action Network convention, Hickenlooper made it clear that he’ll sign a bill that gives reparations to descendants of slaves.

Where will the money come from? Who cares?

URGENT POLL: Does Trump have your vote in 2020?

More from the NAN conference, per CBS News:

A number of 2020 Democratic presidential candidates are set to speak at Rev. Al Sharpton’s National Action Network convention as they compete to reach black voters, a critical demographic in the upcoming primary elections. Sharpton’s convention has garnered prominent guests in the past, such as President Barack Obama, Sen. Bernie Sanders and House Speaker Nancy Pelosi.

Stacey Abrams, who narrowly lost the gubernatorial race in Georgia last year and is currently mulling a presidential bid, is also speaking Wednesday afternoon. On Thursday, Rep. John Delaney and South Bend Mayor Pete Buttigieg are speaking at the convention.

Race-baiting Reverend Al Sharpton has made a lot of money over the decades.

He decided to pocket another $531,000 by selling the rights to his life story.

The National Action Network agreed to pay the activist preacher $531,000 for his “life story rights for a 10-year period,” according to the non-profit’s latest tax filing, which was obtained by The Post.

How else does someone explain why she thanked Al Sharpton for “saving America?”

“Thank you, thank you for helping take back America.”

“Uh, people are call— all over the place are calling me, writing, airports here and there— thank you for saving America.”

“I give those thanks to you.”

This is like saying Hillary Clinton made America great again.

Slavery reparations should be from Britain. It was British sailors who stopped at Africa to pick up slaves to serve them in the “New World,” the British actually stole from Native Americans.

This is absurd! I didn’t enslave anyone ! Of course , the tax payers would foot this bill. I am sure the Democrats will use this agenda to get elected! Al Sharpton is a joke and a low life racist. If any reparation are to be made, it should be given to all of the 911 first responders who a dying from cancer!