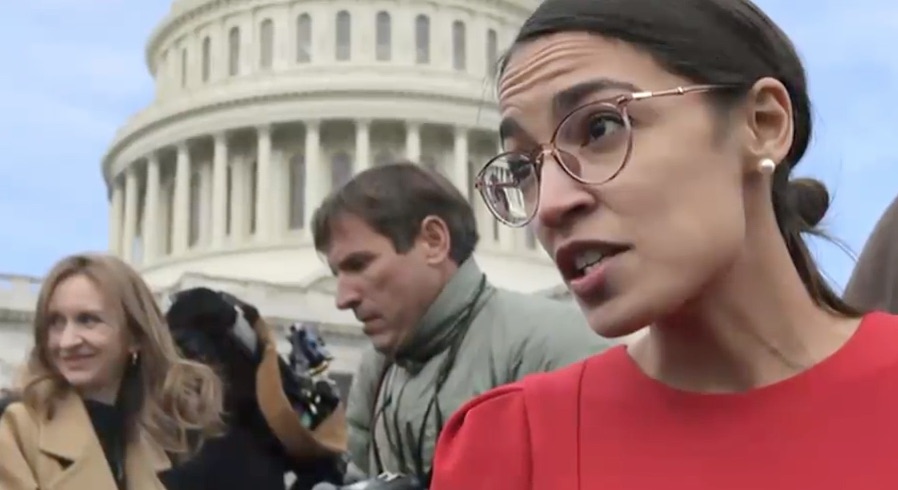 The following article, AOC Goes Directly After POTUS with Snarky Twitter Tirade, was first published on Flag And Cross.

While it certainly hasn’t been her intention, freshman Congresswoman Alexandria Ocasio-Cortez has provided Americans with a whole lot of entertainment during her first term on Capitol Hill.

The 28 year old bartender-turned-House rep has entered Congress with a fiery, millennial-friendly attitude that “sticks it” to “the man” in all of the most predictable ways.  This has created a cottage industry of sorts in the meme-making world, where AOC is often portrayed as brash yet simple, bold yet overconfident in her knowledge.

Still, she presses onward, finding ways to make headlines every single day by being the de facto face of the youthful “resistance” to President Trump.

Now, AOC is taking her Mean Girls act to Twitter, where she is “clapping back” at the President himself.

In a tweet Wednesday, U.S. Rep. Alexandria Ocasio-Cortez, D-N.Y., suggested that House Democrats won’t be taking no for an answer in seeking access to President Trump’s tax returns.

The freshman congresswoman boiled her view of the situation down to the following mock conversation between Congress and the president:

Ocasio-Cortez may find herself the butt of several jokes a week on Capitol Hill, but that may not be accidental either, as evidenced by the aforementioned tweet.

After all, the tweet indicates that Congress needn’t consult the President on this issue, yet, here is AOC, fantasizing about an exchange in which she very tersely tells the President that he doesn’t need to be consulted.

AOC may not be in Congress for long, but the lasting impact of her descent into pure political theater may be here to stay.