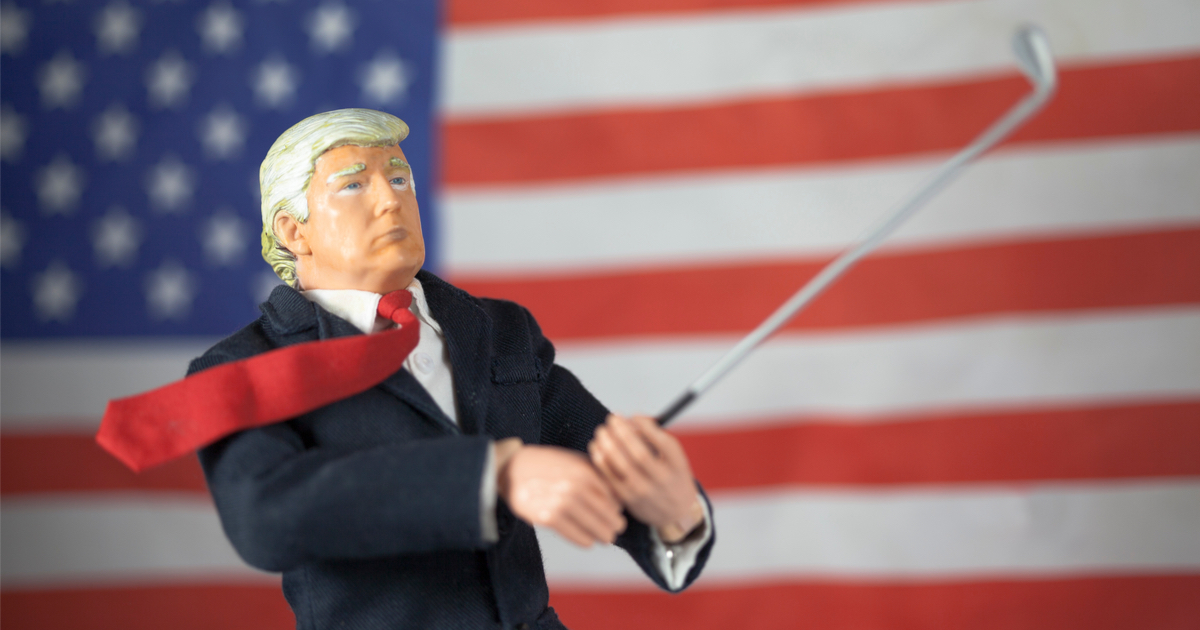 The following article, Petty New Paperback Aims to Expose Trump as Cheater…in Golf, was first published on Flag And Cross.

As 2019 grinds forward, preparing to make way for yet another tumultuous election season, it seems that anything is fair game in the realm of mudslinging against our President.

This shouldn’t be seen as a wholly new phenomenon, however, as Donald Trump has been in the crosshairs of a number of schemes and scams aimed at detracting from his presidency, or calling the legitimacy of it into question.  RussiaGate was merely the most obtuse and most widely reported bit of “resistance” schtick out there, but a whole myriad of other attempts to delegitimize and embarrass the President have been ongoing for some time.

The latest, and maybe the pettiest of these attacks is now upon us in the form of an entire book about the ways in which the President cheats at golf.

From pulling a fast one on Tiger Woods to exaggerating his handicap, Donald Trump’s alleged misdeeds on and around the golf course are the subject of a new book by former Sports Illustrated columnist Rick Reilly, “Commander in Cheat: How Golf Explains Trump.” Reilly documents dozens of examples of underhanded golf behavior by the president, transgressions talked about by pro golfers and duffers alike.

“In golf, he’s definitely not exonerated,” Reilly told The Associated Press. “There’s been dozens and dozens of people that can declare him guilty of cheating.”

What can someone expect from such a misguided missive?

One infamous instance came in a 2017 round with Tiger Woods and Dustin Johnson, who is the current No. 1 player in the world. The president’s playing partner, Fox Sports golf analyst Brad Faxon, reported that Trump’s offenses included putting down a score that didn’t account for two balls he hit into the water on one hole.

“You’ve heard so much about it, it’s almost like you want to witness it so you can tell the stories,” Faxon is quoted as saying.

The book goes on to recount the comical, almost zany allegations that Trump’s caddies and even members of his Secret Service detail will nonchalantly improve the President’s lie when out on the course.

After such a thorough accounting of the President’s time on the links, only one question remains:  Who cares?