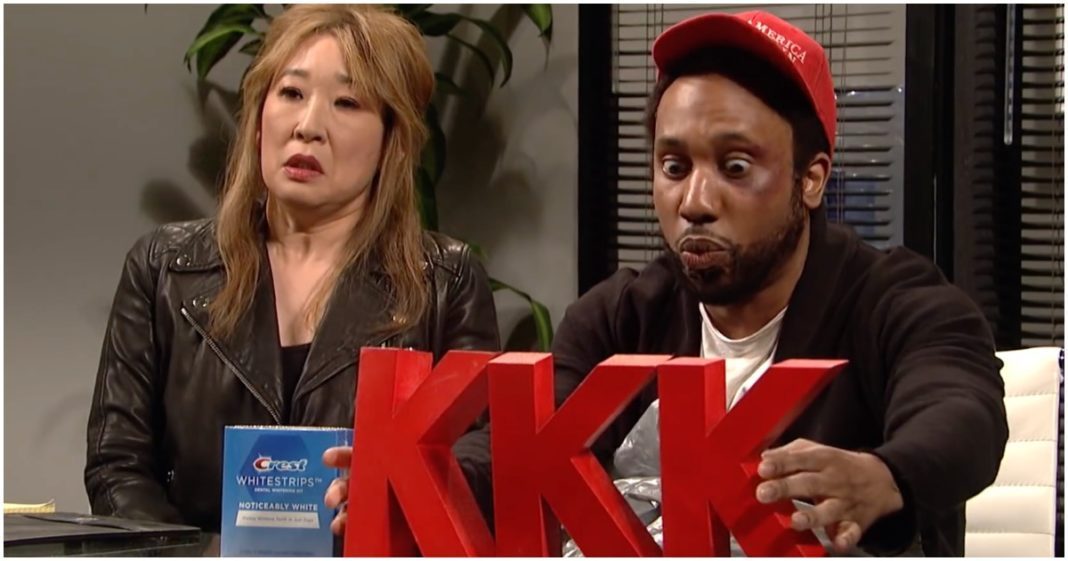 For as insanely liberal as Saturday Night Live has become in the 21st century, every now and again they’ll surprise with a very funny skit that bashes the left.

Again…every now and then. Like, once in every other blue moon.

The problem for Lorne Michael and SNL is they know it will be hard to book guest hosts, most of whom are liberal, if they attempt conservative-pleasing skits.

One way or another, it’s all about politics.

SNL also did a skit on the college admissions scandal, but it was cut for time.

Rahm Emanuel, the Democrat mayor of Chicago and a former top aide to Barack Obama, is one of few liberals who isn’t siding Smollett.

Chicago’s Department of Law sent Smollett a letter threatening that if the $130,000 “is not timely paid,” the city will go after him in court for making false statements, thus allowing them to collect more money from him under the municipal code.

According to the letter, violation of the false statement ordinance allows the city to collect up to three times the amount of damages the city sustains as a result of the violation – in Smollett’s case, that would be $390,000.

Emanuel said police department officials are still assembling the costs of the investigation that began shortly after Smollett reported to police on Jan. 29 that he was the victim of a brutal attack by assailants who yelled racial and homophobic slurs as they beat him. The actor also told police that the assailants yelled “This is MAGA country” during the assault.

The post SNL Shreds Jussie Smollett to Pieces In One of Its Funniest Skits of the Year (VIDEO) appeared first on Flag And Cross.