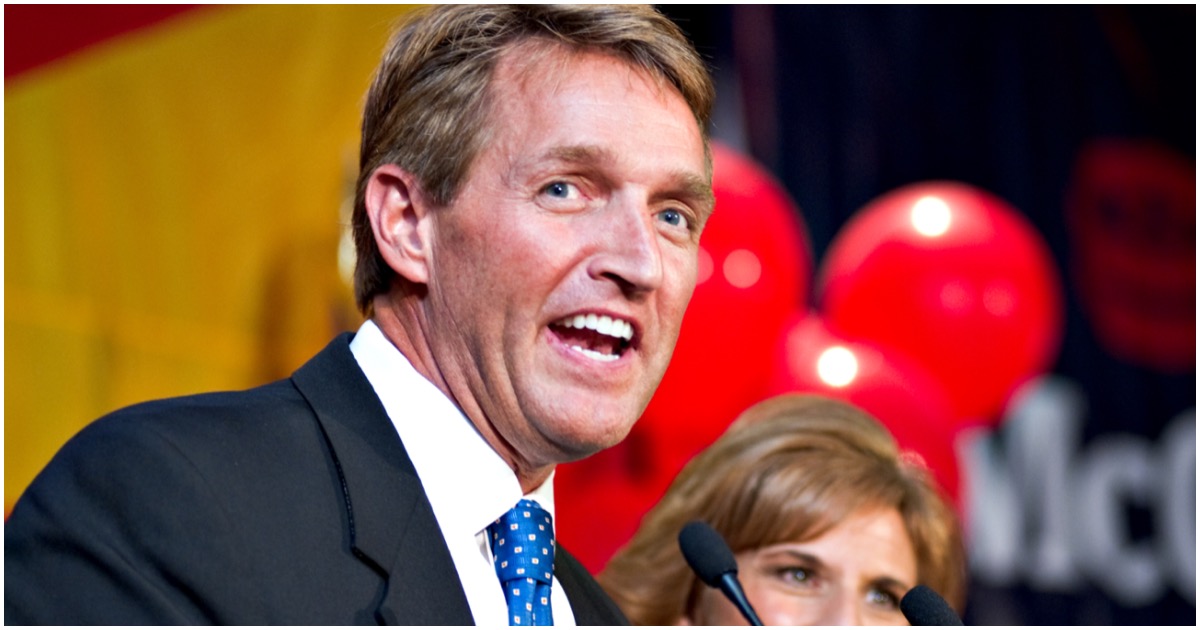 If it were a joke, it might be funny.

What kind of special patriotism is this?

Moderator John Donvan asked Flake if he would rather see Trump lose if he is the party’s standard-bearer in 2020.

“Are you willing to lose a cycle for the Republican Party because of the principles that you’re arguing?” Donvan asked.

Flake added, “It can galvanize people for a while, maybe for a cycle or two. But in the end, it turns people off. It turns off minorities. It turns off women.”

Flake knows that a Democrat would be terrible for America. And yet, he doesn’t care.

He has a personal vendetta against Trump and he’ll do everything possible to make sure 45 loses in a year and a half.

This man is a joke – there’s no two ways around it.

Flake played around with potentially running for president against Trump in 2020.

He seemed to be pretty serious about it.

NEW — “That won’t be me.” — Jeff Flake closes the door on a 2020 primary challenge to President Trump: pic.twitter.com/LCjsYiaaeB

Shocked that Jeff flake who wouldn’t have come close to winning his home district isn’t going to run for president.

I thought he was a real contender

Flake must not love his country or he’s never going to let go of the hate he feels for Trump.

Why else would he side with Democrats and not vote for constitutionalist judges?

Republicans were hoping to vote a LOT of judicial nominees out of the Senate Judiciary Committee on Thursday.

Grassley just canceled the hearing. Without Flake's vote, they can't report those nominees out. pic.twitter.com/ABedRz7E3H

Senate Judiciary Committee has cancelled a meeting scheduled for tomorrow to vote on a long list of federal court nominees — cancellation comes as Sen. Flake is pledging to vote no on all nominees until McConnell puts a Mueller protection bill up for a vote (HT @vanitaguptaCR) pic.twitter.com/UumiIH0sPE

A flake continues to show his true colors. Still wondering how the voters in Arizona managed to vote that clown into office?