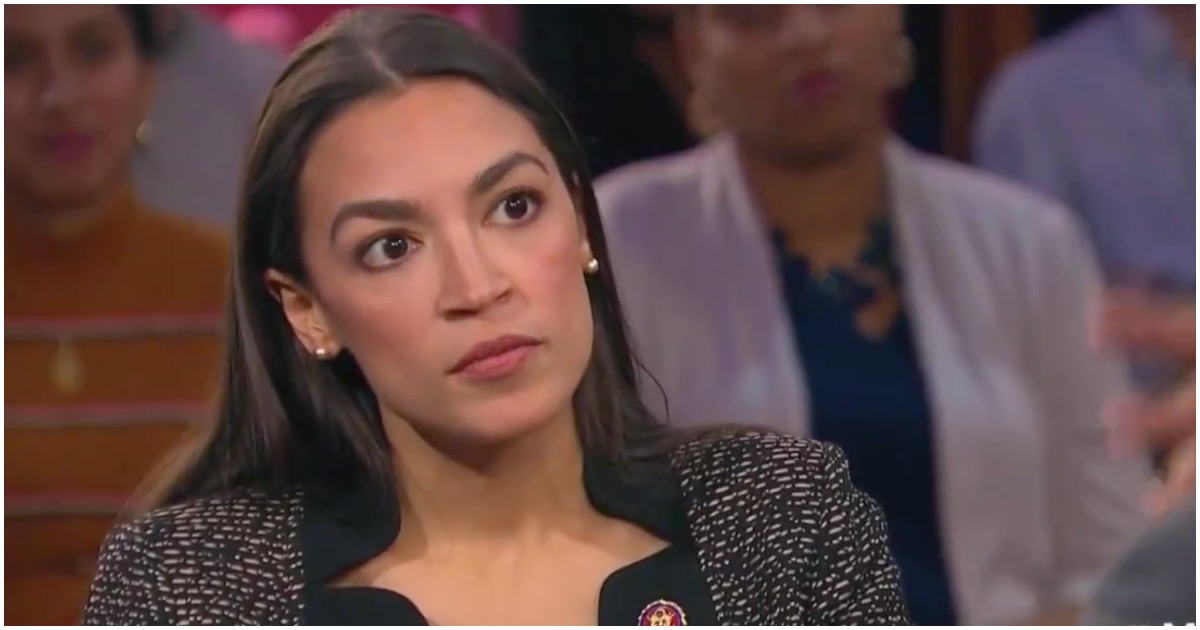 This is kind of pathetic.

No longer is freshman Democrat Rep. Alexandria Ocasio-Cortez (NY) placing blame on herself regarding the failure of her “Green New Deal.”

“I definitely had a staffer who had a very bad day at work and did release a working draft early, so I get that’s what they’re seizing on.” @AOC throws staff under the bus when asked about the atrocious #GreenNewDeal launch, FAQ, cow farts. pic.twitter.com/ceEYO3Ps0J

Rep. Ocaiso-Cortez blames the poor rollout of the Green New Deal on staff: What I will say is that I definitely have a staffer that had a very bad day at work and we did release a working draft early. So I get that's what they're seizing on.

Ocasio-Cortez recently suggested that former President Ronald Reagan was a racist and that America is “garbage.”

It’s amusing that She apparently believes that her own political party has little or no responsibility in any of what she’s talking about.

We need a stiff drink after listening to her. @AOC I'll take a double Vodka-Tonic w/ a lime.

The dummer the people that big money backs to get elected the easier they become to be manipulated by the same. Dumbing down has consequences. Pray for our country if this is the new norm

I feel dumber for watching this!! @AOC

The post NO JOKE: Ocasio-Cortez Blames Green New Deal Failure On Her Own STAFFER (Details) appeared first on Flag And Cross.

Did not the “highly educated” holder of a economics college degree advise that to pay for her “new green deal” we “could just print more money”? Wondering what planet the moron actually came from….

Gee, why don’t we just print more money & pay off the deficit 😆 there r more morons on that side than I’ve ever seen. But typical that when they r @fault they blame someone else.

With Cortez. it is always someone else’s fault! Not hers of course because she is the Boss! Just as Nancy!

Is she following in Hillary’s footsteps. I think she already said it was trumps fault and now it is her staffers fault. Why don’t they ever take the blame themselves. She is immature and stupid, and what more can I say.