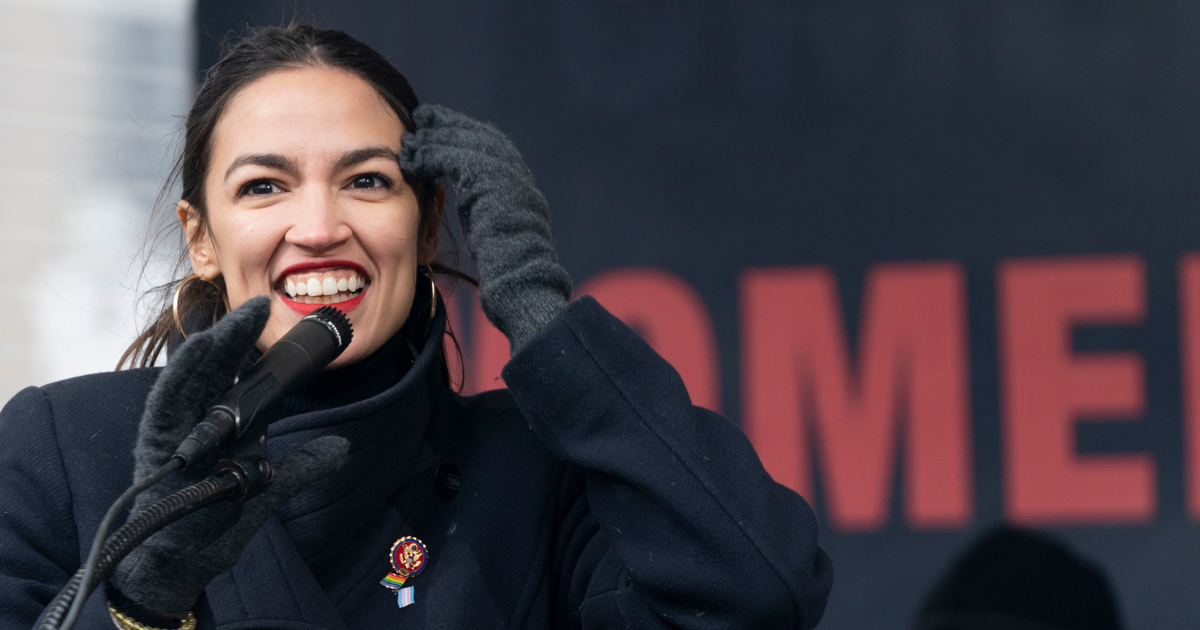 In Washington today, there are more than a few politicians whose personalities may be larger than their legislative history.

To be fair, Donald Trump is one of them, having only been in official government work for two years or so.  One could argue, however, that his time in the upper plateau of New York City real estate has prepared him for the political world…albeit the seedier side of it.

Another fresh face in the world of politics, who sits quite distinctly on the other side of the aisle from the President, is Alexandria Ocasio-Cortex; the 28 year bartender-turned-freshman Congresswoman whose “Green New Deal” was embarrassingly nixed by a recent vote.

AOC, as she has come to be known, is a firebrand within the democratic party, and her verbose and bombastic soundbites seem to be writing checks that her legislative inexperience won’t allow her to cash.

Now, the MAGA crowd is going after her in earnest with a pseudo-vulgar chant that could become a mainstay of the Trump campaign circuit.

The moment came as Donald Trump Jr. lambasted the Congresswoman for her inexperience.

“Think about the fact that every mainstream, leading Democratic contender is taking the advice of a freshman congresswoman who three weeks ago didn’t know the three branches of government,” Trump Jr. told a fired up crowd before his father’s highly anticipated speech. “I don’t know about you guys, but that’s pretty scary.”

The remarks critical of the freshman congresswoman prompted the crowd to chant “AOC sucks.”

“You guys, you’re not very nice,” the president’s son replied jokingly to the chant  “And neither is what that policy would do to this country.”

Trump’s Michigan rally was a raucous one throughout, with the President himself calling the democratic response to the Mueller report “ridiculous bulls**t”.

The post Ocasio-Cortez Targeted by Vulgar Chant at MAGA Rally appeared first on Flag And Cross.