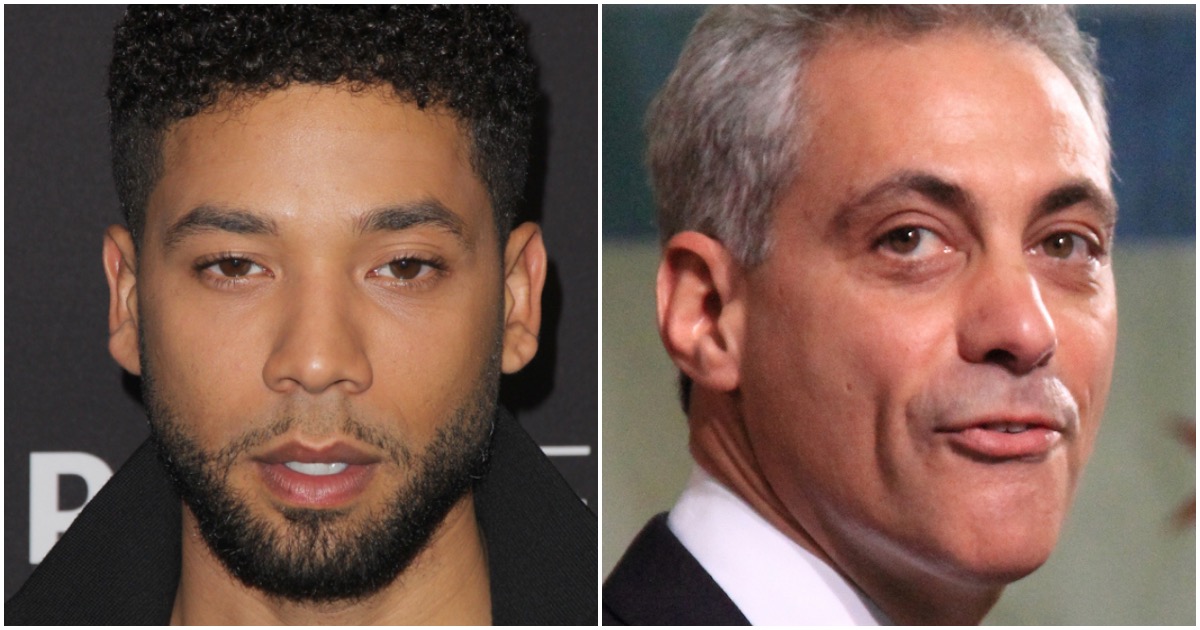 Rahm Emanuel, the Democrat mayor of Chicago and a former top aide to Barack Obama, is one of few liberals who isn’t siding with hate crime hoaxer, Jussie Smollett.

Chicago’s Department of Law sent Smollett a letter threatening that if the $130,000 “is not timely paid,” the city will go after him in court for making false statements, thus allowing them to collect more money from him under the municipal code.

According to the letter, violation of the false statement ordinance allows the city to collect up to three times the amount of damages the city sustains as a result of the violation – in Smollett’s case, that would be $390,000.

Emanuel said police department officials are still assembling the costs of the investigation that began shortly after Smollett reported to police on Jan. 29 that he was the victim of a brutal attack by assailants who yelled racial and homophobic slurs as they beat him. The actor also told police that the assailants yelled “This is MAGA country” during the assault.

More from Emanuel, via The Blaze:

“From top to bottom, this is not on the level,” Emanuel told reporters, adding “there needs to be a level of accountability throughout the system, and this sends an unambiguous message that there is no accountability, and that is wrong.”

The mayor also called the dropped charges a “whitewash of justice” and that the grand jury, which handed down 16 charges against Smollett, “could not have been clearer.”

Smollett isn’t off the hook just yet.

There’s a chance he still could actually serve hard time.