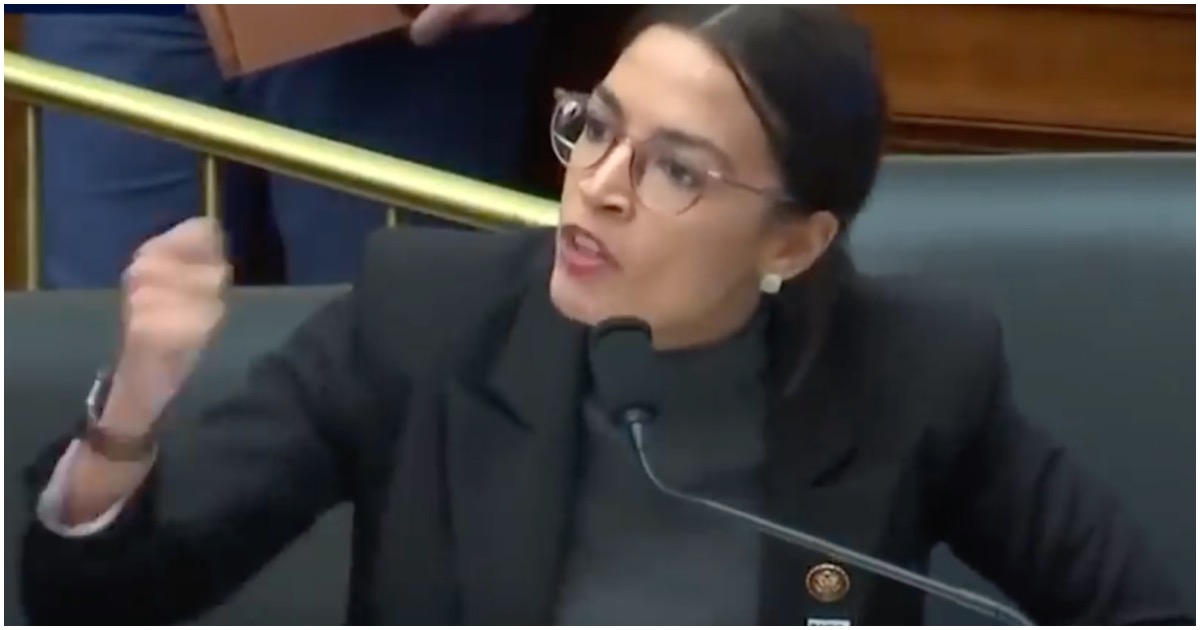 Freshman Democrat Rep. Alexandria Ocasio-Cortez (NY) can be deemed “entertaining” because she lashes out so often, yet knows so little of which she speaks.

WOW! Tell us how you really feel!

The Senate voted Tuesday on Ocasio-Cortez’s “Green New Deal,” a project that would cost upwards of $100 trillion taxpayer dollars.

Things didn’t work out in AOC’s favor – not by a long shot.

Four Democrats sided with Republicans and voted “No,” while 43 Dems voted “present.”

In other words, not one member of the Senate voted “yes.”

The Green New Deal, a sweeping Democratic proposal for dealing with climate change, fell at the first hurdle Tuesday as the Senate failed to reach the 60 votes necessary to begin debate on the non-binding resolution, with 42 Democrats and Sen. Bernie Sanders, I-Vt., voting “present.”

No senator voted to begin debate on the legislation, while 57 lawmakers voted against breaking the filibuster. Democratic Sens. Doug Jones of Alabama, Joe Manchin of West Virginia and Kyrsten Sinema of Arizona joined 53 Republicans in voting “no.” Sen. Angus King, I-Maine, who caucuses with the Democrats, also voted “no.”

The vote had been teed up by Senate Majority Leader Mitch McConnell, R-Ky., in a bid to make Democratic senators — including several 2020 presidential candidates — go on the record about the measure. McConnell had called the proposal “a radical, top-down, socialist makeover of the entire U.S. economy.”

WATCH: Mike Lee officially became a General in the Great Meme War on the floor of the Senate…

He used Reagan on a raptor, Aquaman, and Sharknado to show how insane the Green New Deal is… and it clearly worked, because it set off @AOC.

Alexandria needs to cool her jets.

The “Green New Deal” will never come to fruition so long as Republicans are in charge.

And that’s the bottom line.

The moron is facing the end of her “15 minutes of fame” and now is in the next 2 years of continuing to make a fool of herself and her political party. Meanwhile wondering who fed her that “new green deal” idea, or did she come up with it while working her bar-tending occupation?

And were paying for you golden health insurance which you get for the rest of your life on our dime. The national crisis is having people like you in office taco girl

Wonder of wonder. Last two sentences of her tirade, I find myself in agreement with her. I don’t know what she’s doing either.

I would like to know why then are so many people are living longer than they did years ago. I know a lot of people that are in their 90’s.