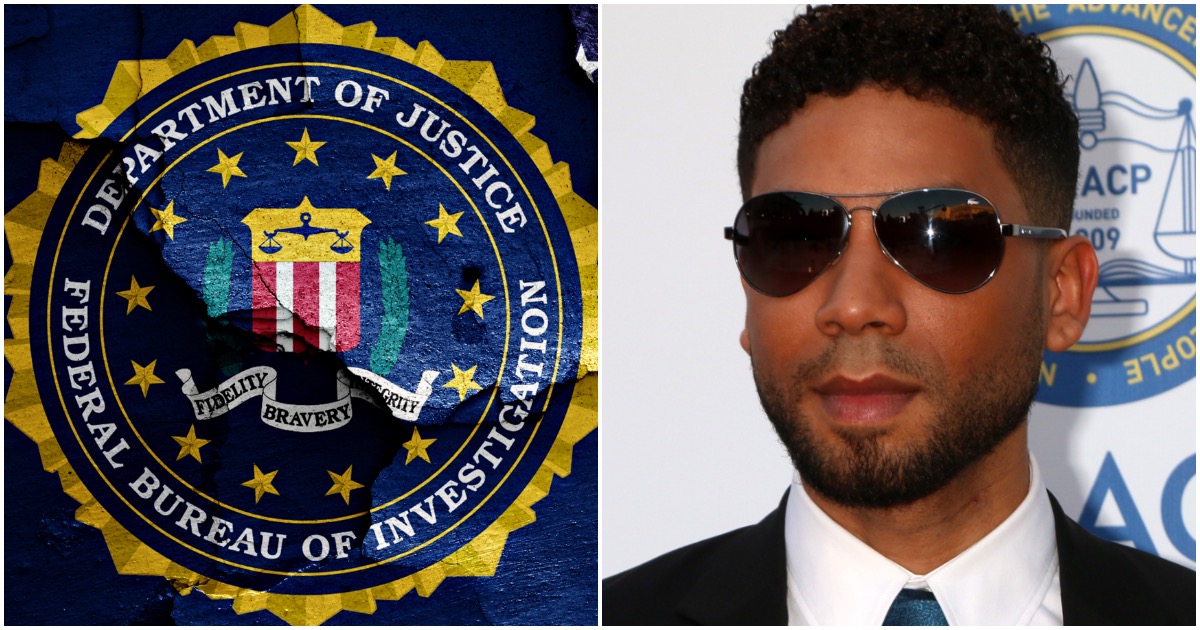 Just because Jussie Smollett was let off the hook doesn’t mean he’s free just yet.

The FBI has now decided to further delve into the hate crime hoax. They’re curious, like the rest of the nation, how Smollett could walk free after committing such a heinous crime.

BREAKING: Two law enforcement officials briefed on the matter tell @ABC the FBI is *reviewing* circumstances surrounding dismissal of criminal charges against Jussie Smollett. ABC News is told this is not an investigation. It is a "review" or "inquiry".

All 16 felony disorderly conduct counts against Smollett for allegedly lying to police were dropped Tuesday in exchange for community service and forfeiture of his $10,000 bond payment. A hearing Wednesday to expunge his criminal record has been delayed.

In other words, this story is far from being told.

Jussie may never have to serve hard time, but there’s still a decent chance he could be in some very big trouble.

The bottom line is that Smollett lied to law enforcement officials, as well as the nation when he appeared with Robin Roberts on ABC.

How he got off with only a community service charge is bush league, at best.

Jussie needs to be made an example of to discourage future hate crime hoaxers.

Former Stormy Daniels lawyer, Michael Avenatti, was arrested on Monday for alleged bank and wire fraud in both California and New York.

Reportedly, he attempted to extort Nike for $20 million.

Avenatti had dreams of a 2020 run for president before being canned by Daniels, among numerous other problems over the past few months.

A man said to be a co-conspirator in the Avenatti fraud scheme is the celebrity lawyer of Smollett, former quarterback Colin Kaepernick, Michael Jackson, and many others.

“The co-conspirator in that matter is attorney Mark Geragos, two people familiar with the matter said,” the Journal reported. “According to the complaint filed in New York, Mr. Avenatti and Mr. Geragos, the alleged co-conspirator, met with lawyers for Nike in New York on March 19 and threatened to release damaging information unless the company agreed to pay the two lawyers millions of dollars and another $1.5 million to the client Avenatti claimed to represent.”

On CNN’s website, Geragos is listed as “a legal analyst for CNN.”

Mark Geragos has represented Jussie Smollett and Colin Kaepernick, who recently settled with the NFL for less than $10 million. https://t.co/O7TDnCQZNF https://t.co/z9F3RNnZPY

Breaking: @CNN spokesperson says @markgeragos is no longer a CNN contributor. Appears he's been let go over his alleged involvement in this: https://t.co/Z1PRPK32mz

The post BOMBSHELL: FBI Looking Into Whether Jussie Smollett Hate Hoax Was A COVER-UP appeared first on Flag And Cross.

Oh oh! Perhaps a prosecutor in Chicago will end up in trouble? Does anyone really believe that the obama staff person took it upon herself to make the contact?