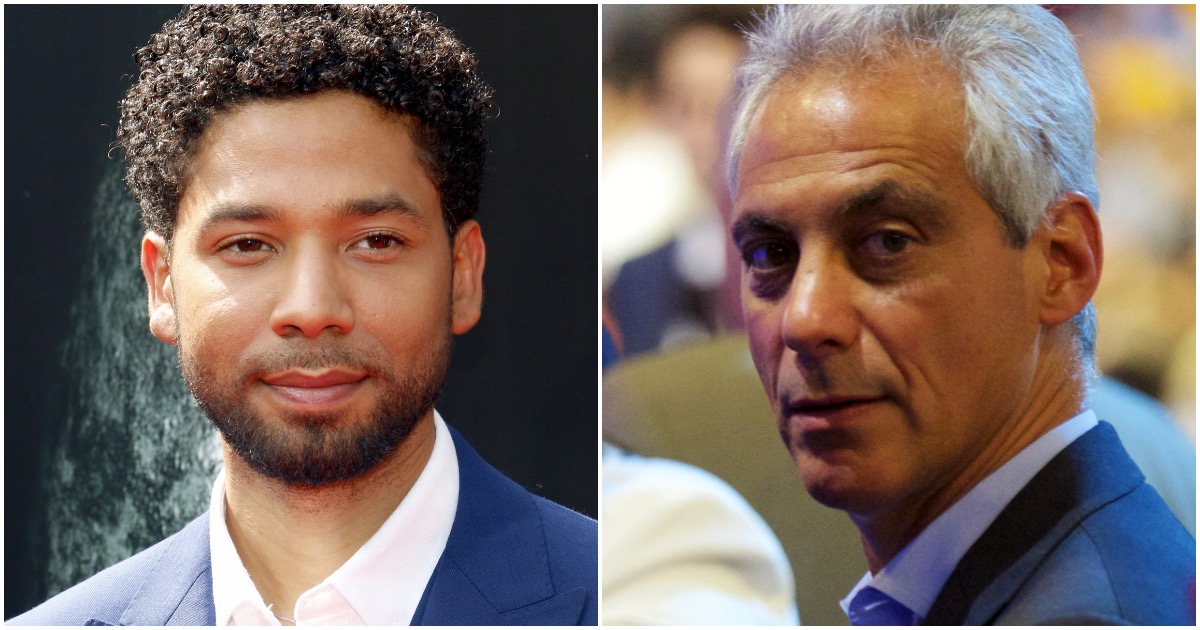 Now, he walks away scot-free – albeit, he’ll have to serve some community service time (facepalm, SMH).

Smollett is the definition of “privilege” in America, but don’t expect the left to mention that anytime soon.

What’s wild is that Chicago Mayor Rahm Emanuel, a former top aide to Barack Obama, is ticked off.

And he’s making that abundantly clear…

A visibly angry Chicago Mayor Rahm Emanuel on Tuesday blasted the decision to drop all charges against “Empire” actor Jussie Smollett, who was accused by police of orchestrating a fake hate crime attack against himself to advance his career.

“From top to bottom, this is not on the level,” Emanuel told reporters, adding “there needs to be a level of accountability throughout the system, and this sends an unambiguous message that there is no accountability, and that is wrong.”

The mayor also called the dropped charges a “whitewash of justice” and that the grand jury, which handed down 16 charges against Smollett, “could not have been clearer.”

Smollett isn’t off the hook just yet.

There’s a chance he still could actually serve hard time.

The post ‘This Is Not On the Level!’ Chicago Dem Mayor PISSED OFF Jussie Smollett Walks Free appeared first on Flag And Cross.

And all it took was a call from the previous “president” or his cohorts??