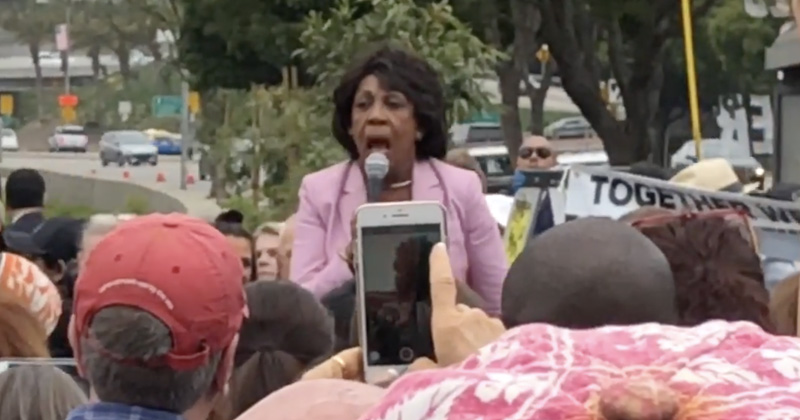 For nearly two years the nation has waited, and, during that wait, we have been fairly nasty to one another.

You see, the democrats decided to go all in on a conspiracy theory first mentioned by failed 2016 candidate Hillary Clinton in which Donald Trump was some sort of “Russia asset”, sent to the White House on orders of Vladimir Putin.

We know the rest of the long story:  Robert Mueller spend the next 22 months looking far and wide for proof of this collusion and came up essentially empty.  (And that was after investigating a number of bizarre, out-of-the-Russian-realm leads as well).

To say that Mueller was thorough would be a gross understatement.

Now, with the democrats overtly disappointed in the summary statement produced by the Attorney General regarding the Mueller Report, they’ve again begun to radicalize en masse.

Not one to miss an opportunity for outrageous indignation and the airtime that comes along with it, Maxine Waters has begun to disseminate her own views on the developments…and they are predictably batty.

“This is not the end of anything!” Waters told MSNBC’s Joy Reid as they realized the report was a giant nothing burger for Democrats.

“This is the— well, it’s the end of the report and the investigation by Mueller. But those of us who chair these committees have a responsibility to continue with our oversight,” Waters said.

“There’s so much that, uh, needs to be, you know, taken a look at at this point,” she claimed,” and so it’s not the end of everything.”

Waters joins fellow democratic Congressperson Adam Schiff in continuing to assert that there is still evidence of “collusion” between the Trump campaign and Russia, despite Robert Mueller specifically stating that this was not the case after 22 months of investigation.