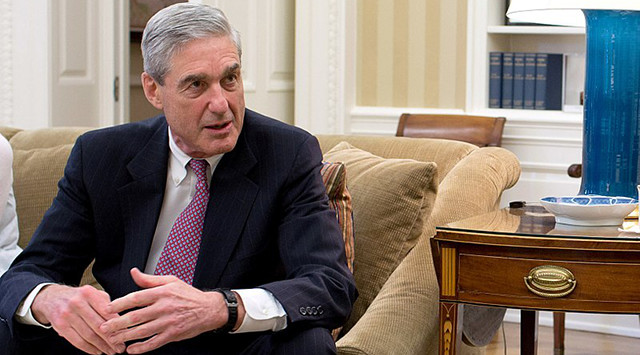 Rumors are swirling today that Robert Mueller is nearing the end of his longstanding “RussiaGate” investigation, and the democrats are figuratively foaming at the mouth.

For nearly two years, our nation has been caught up in the twisted, sordid conspiracy theory that Donald Trump, the President of The United States and an extremely wealthy man, has been working for the Russian government in order to get elected.

Some say it has to do with a Trump Tower in Moscow, others say it’s due to a blackmail scheme involving unsanitary acts with Russian prostitutes.  In either case, Robert Mueller has been working on the case for two years, only managing to nab a few indictments of low-level Trump acquaintances for crimes not indicative of any “Russian collusion” storyline.

Now, as Mueller hemorrhages staff and “no further indictments” seem likely, the nation patiently waits for a final report that they may not even get to see.

Furthermore, Deputy Attorney General Rod Rosenstein has already begun his work as a “heat shield” for the Mueller report by downplaying expectations of the final product.

Fox News host Tucker Carlson is taking things a step further, however, demanding that those who perpetrated the longstanding hoax be held accountable.

“There need to be consequences for this,” Carlson said. “Once the Mueller report appears, and it becomes incontrovertible that, whatever his faults, Donald Trump did not collude with the Russians, the many people who’ve persistently claimed on the basis of no evidence that he did collude with the Russians must be punished. Not indicted or imprisoned, but thoroughly shamed and forced to apologize. If Republicans spent three full years falsely claiming that Barack Obama colluded with the government of Iran, would those who claimed it, ever work in politics or media again? That’s a rhetorical question.  Lying and recklessness should never be ignored.”

Tucker certainly isn’t the only one who believes that justice in the court of public opinion is paramount, with a great many Americans already fed up with the investigation, dubbed a “witch hunt” by the President himself on several occasions.

The post Tucker Goes OFF on RussiaGate Hoaxers, Demands Apologies if Mueller Report is a Bust appeared first on Flag And Cross.

And here we had a “investigation” conducted by a group consisting of all democrat supporters and it appears that they found”nothing”? And now the liberal scum is turning on “their” choice of “investigators” and will now do what? That’s “what” after their newest meltdown and crying. The only thing good about democrats is being able to watch them as they cry and fall apart.