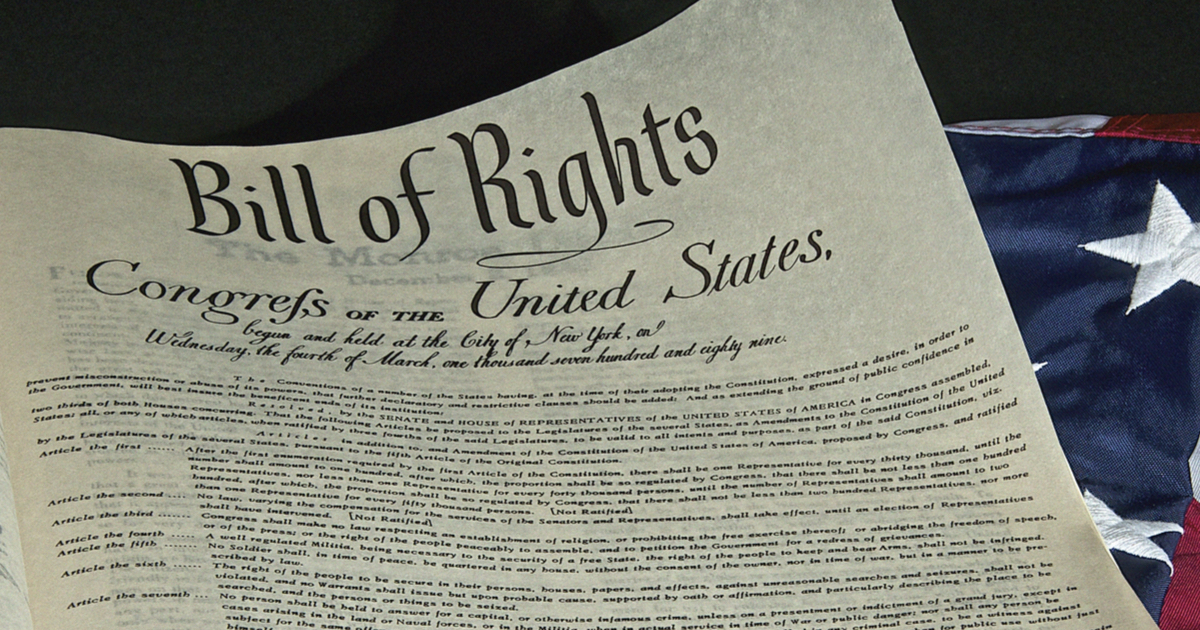 A new study of Americans finds that few have any idea what freedoms are protected by the first ten amendments of the Constitution nor do they know these amendments are called the Bill of Rights. It just shows that the liberals controlling our system of miseducation have succeeded in undermining this country and that our schools are some of America’s biggest enemies.

Our schools are failures at teaching and turning out Americans, certainly. But they are a great success at turning out morons and sheep, and this poll proves it.

The poll posted to StudyFinds.com finds that most Americans have some vague idea that our First Amendment rights are under attack, but when asked to detail just what the First Amendment is, most had no idea how to respond.

The new poll found that six in ten Americans thought our freedom of speech was under attack. That is a good thing… though it should be ten in ten. But, still, at least a majority understand that the left is attacking our rights.

Unfortunately, the study also found that most couldn’t name what rights the First Amendment covers nor could they even say how many Amendments make up the Bill of Rights, nor even say what that name even meant.

“Of the 2,000 adults who took part in the poll, half thought that ‘liberty’ is one of the five freedoms protected by the First Amendment, while nearly half (49 percent) believed ‘the pursuit of happiness’ was included,” the poll said. “Thankfully, only 3 percent named ‘life’ as one of the protected freedoms.”

I am not sure why the folks at StudyFinds thought it was “thankfully” that only a small percentage thought “life” was in the First Amendment but be that as it may.

The poll also found that only 26 percent of respondents knew that the first ten Amendments made up the Bill of Rights. And one in five had never even heard of the name “Bill of Rights.”

“The online epidemic of misinformation, false news stories and election disinformation campaigns pose significant threats to democratic rights. The respondents’ alarm is well-placed,” says Alan C. Miller, founder and CEO of the News Literacy Project, a national nonpartisan education nonprofit that teamed up with Samuel Hubbard to bring awareness to the First Amendment, in a statement.

The poll tends to prove that liberals have succeeded in undermining America though the thorough destruction of the quality of our education.

Millions of kids every year are being dumbed down and indoctrinated in leftism in our fetid schools. And this is being done by design. Liberals do not want educated Americans. They want indoctrinated sheep.

The left is against teaching what our founders wanted, what they planned, how they argued, where the compromised, and what they finally ended up bequeathing to us.

Benjamin Franklin is alleged to have told a woman that that the founding fathers had left posterity “a Republic, if you can keep it.” By that, he meant that a representative republic can only work with an informed and virtuous voting public.

Well, liberals do not want us to “keep” that republic. They want a malleable system open only to their whim, influence, and guidance and an educated populace is an impediment to their leftism.

They have totally eliminated the teaching of why America IS America. And this poll proves that the left is succeeding in destroying this country from within.

The post American Schools Are Failures: Most Americans Don’t Know What Bill of Rights Is appeared first on Flag And Cross.