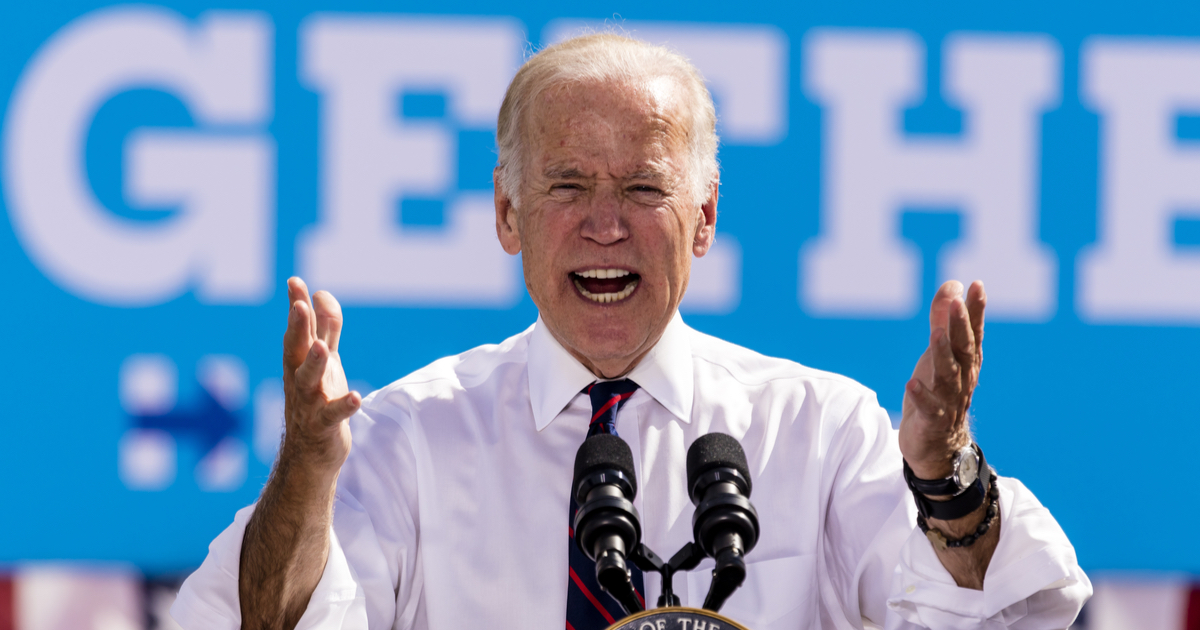 Joe Biden is an odd bird, there’s no doubt about it, but that hasn’t stopped the democrats from being concerned over his physical and fiscal attributes on the eve of his long-coming 2020 presidential announcement.

Biden, who has not officially announced, allowed a well-calculated “slip of the tongue” to be a barometer for himself last week should he go through with it.  And with a nearly complete staff underneath him, it’s really a matter of “when” and not “if” we find ourselves with Biden on the ballot.

Now, in an oddly early bit of political chess, Biden’s “not yet campaign” is the source of a report that has the former Vice President eyeing up a controversial VP pick of his own.

According to Axios, Biden aides believe adding Abrams to the ticket would send a strong signal to voters that he’s not “just another old white guy.” The outlet said Team Biden isn’t going all-in on picking the rising progressive star just yet, worrying that the move could be received as a “gimmick” and open the former Vice President up to a new line of attacks.

The move comes at a time in which the democratic party polling shows that rich, old, white men are the most popular candidates that they have so far.

Abrams has long been chastised by patriotic Americans for her involvement in a particular protest.

Stacey Abrams on Tuesday defended her presence at a 1992 burning of a Georgia state flag, which contained the Confederate battle flag design, saying at a gubernatorial debate, “I’m a very proud Georgian.”

“Twenty-six years ago as a college freshman, I along with many other Georgians — including the governor of Georgia — were deeply disturbed by the racial divisiveness that was embedded in the state flag with that Confederate symbol,” said Abrams, the Democrat trying to become the next governor of Georgia, in response to a question at a debate Tuesday night.

As of this writing, there has been no official announcement from the Biden camp.

The post Reports Out of Camp Biden Say A Flag-Burning Running Mate is In The Works appeared first on Flag And Cross.