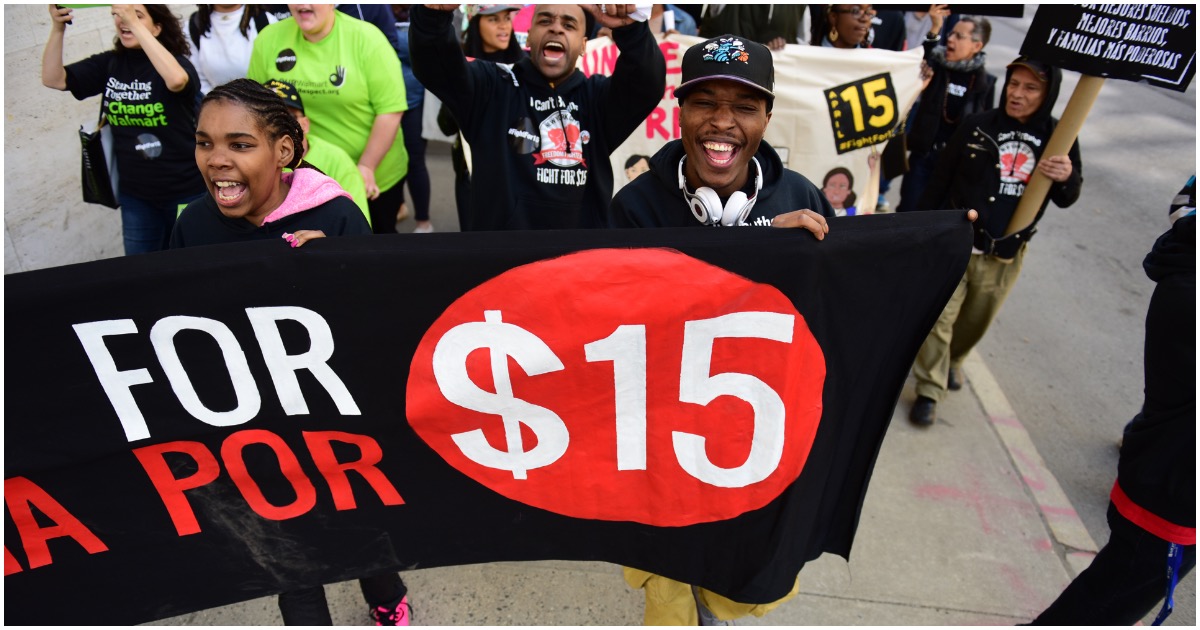 While Republicans talk about fiscal and personal responsibility, Democrats promote the opposite.

It doesn’t matter that raising the minimum wage to $15 will cause businesses to cut back workers’ hours, stop hiring altogether, and/or bump up prices for the consumer.

It doesn’t matter that minimum wage jobs are meant for younger people.

What matters is that more progressives are elected to office by any means necessary, no matter the amount of pandering.

A $15 per hour minimum wage would lead to $2.4 billion in property crimes, a new paper released Monday argues.

The paper directly contradicts past arguments, most prominently from the Obama-era Council of Economic Advisers, that raising the minimum wage would reduce crime rates. Rather, the authors find, an increase to the minimum wage drives up property crime rates among 16-to-24-year-olds, the group most likely to be working for minimum wage already.

Myriad factors determine whether or not people choose to commit crimes, including economic ones. Access to jobs, steady income, and education, can all influence whether or not a person begins a career as a criminal. This has a practical implication for policymakers looking to reduce crime: In addition to expensive interventions like increasing incarceration or the number of cops, enhancing labor market access and outcomes might be an effective approach.

This insight is the basis for an argument put forward by the Council of Economic Advisers under then-President Barack Obama in 2016. As part of a broader overview of economics and the criminal justice system, the CEA conducted a “back-of-the-envelope” analysis and concluded that raising the minimum wage to $12 by 2020 would cut the crime rate by 3 to 5 percent—equivalent to 250,000 to 510,000 crimes.

The post STUDY: $15 Minimum Wage Spike Would Cause 400,000 New Crimes Per Year appeared first on Flag And Cross.