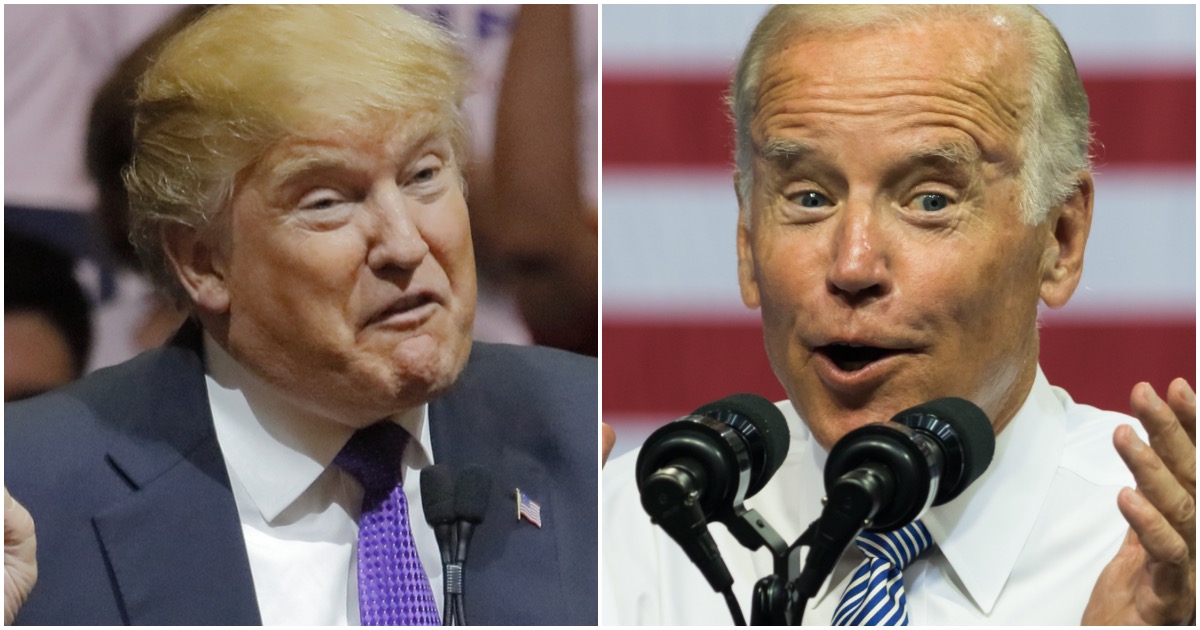 Biden accidentally claimed he was going to run for president in 2020, so President Trump came out with the big guns and blasted “low I.Q. individual” Jow.

Despite not officially declaring that he is running for president, former Vice President Joe Biden accidentally slipped and said he was running.

Biden’s slip happened while speaking at a fundraiser dinner on Saturday when Biden claimed he has a more progressive record than any other Democratic presidential candidate, reports ABC News.

Biden feels he’s the “most qualified person in the country to be president.”

The post WATCH: Biden Accidentally Says He’s Running In 2020, So Trump Fires Away At ‘Low IQ’ Joe appeared first on Flag And Cross.