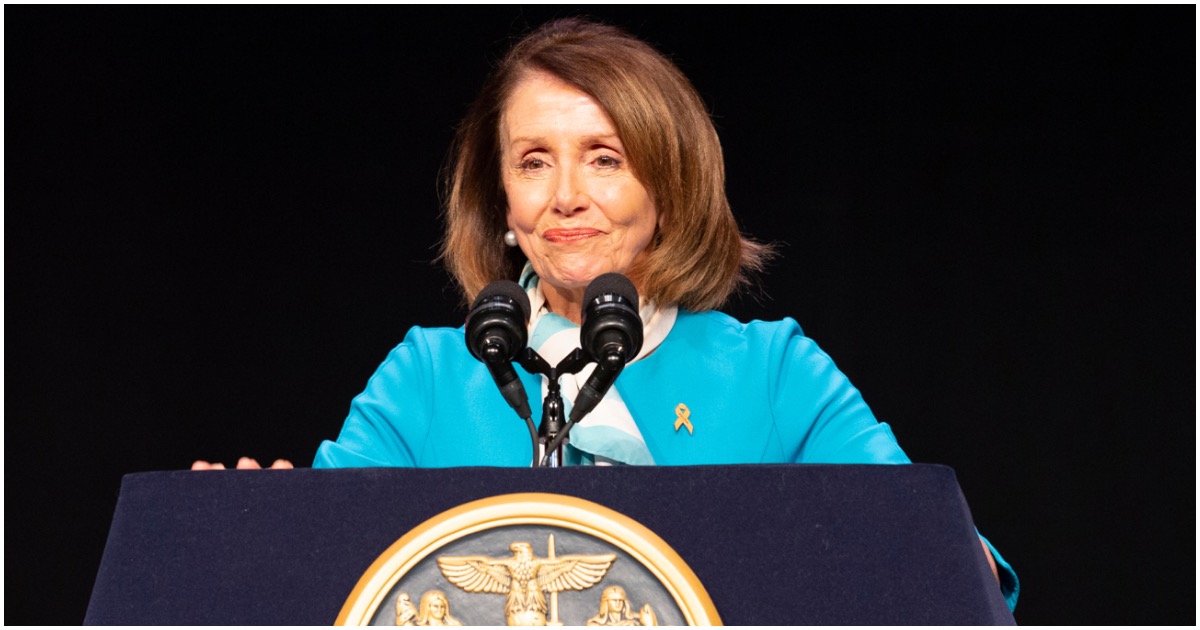 Speaker Nancy Pelosi is apparently in favor of lowering the voting age to 16.

Democrats know that the politically uninformed will vote Democrat because Democrats promise free stuff, while Republicans talk about personal responsibility.

That shouldn’t be too hard to deduce.

Pelosi’s aim is to “capture” children while they are young.

House Speaker Nancy Pelosi (D., Calif.) on Thursday said she has “always been for lowering the voting age to 16.”

Pelosi suggested it was important to get high schoolers involved in civics when they’re a captive audience.

Pelosi: “I myself, personally, not speaking for my caucus, I myself have always been for lowering the voting age to 16. I think it’s really important to capture kids when they’re in high school, when they’re interested in all of this, when they’re learning about government.”

Pelosi has been known for suffering brain freezes in the past.

If it happens one, two times, no big deal. That’s life.

According to California’s Pelosi, the “GOP attitude disrespects workers, dishonors our values and damages our economy.”

The post ICYMI: Pelosi Is In Favor of Lower Voting Age to ‘Capture Kids’ When They’re Young (Video) appeared first on Flag And Cross.

And just what America needs, a bunch of 16 year old school kids running the country? Instead of lowering the voting age it should be moved back to 21 or even higher. Can imagine highschool sophmores voting for more “free stuff” and then complaining later in life when they have to start paying for “free stuff”. That is if they leave “mommy’s basement” and start working for a living.

Sixteen year old kids, that is what they are kids, do not know anything about life. Most have never had a job, they are not responsible for taking care of themselves, still living with mom and dad, have not yet graduated from high school, etc, etc. For the most part they have not been educated, but indoctrinated. Personally, I do not believe the voting age should be no lower than 21. It is a proven fact that the human brain has not reached maturity until the age of 23 or so. Pelosi is a old fool. One more reason for… Read more »