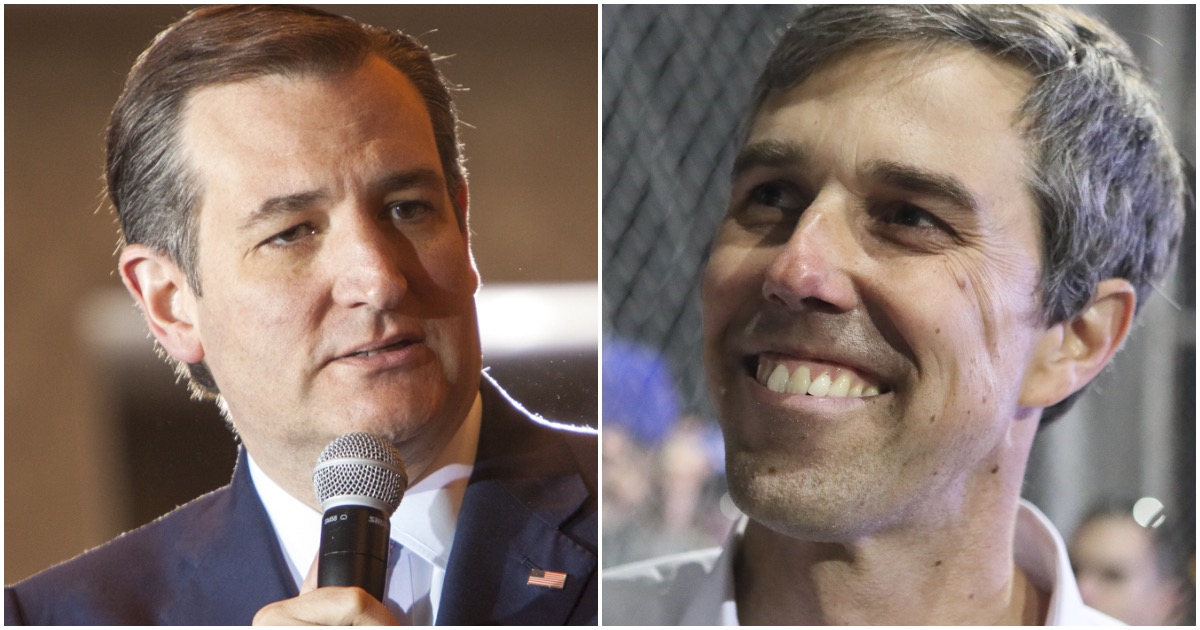 Texas Senator Ted Cruz is royally ticked off – and rightfully so.

Apparently, Reuters knew that Beto O’Rourke was a bad apple during his Senate race in 2018 but said nothing.

So Reuters had evidence in 2017 that Beto may have committed multiple felonies—which Beto confirmed on the record—but deliberately withheld the story for over a year to help him win his Senate race? But when he’s running against Bernie etc, NOW it’s news?

So Reuters had evidence in 2017 that Beto may have committed multiple felonies—which Beto confirmed on the record—but deliberately withheld the story for over a year to help him win his Senate race? But when he’s running against Bernie etc, NOW it’s news? https://t.co/dUfrRPw1By

Reuters reporter Joseph Menn exclusively revealed on Friday that Democratic presidential candidate Beto O’Rourke belonged to one of the best-known groups of computer hackers as a teenager.

Within minutes, his special report was the most popular story on Reuters.com here and was picked up by other news outlets. But the origin of the story goes back more than two years.

Members of the group, which calls itself Cult of the Dead Cow, protected O’Rourke’s secret for decades, reluctant to compromise the former Texas Congressman’s political career.

After more than a year of reporting, Menn persuaded O’Rourke to talk on the record. In an interview in late 2017, O’Rourke acknowledged that he was a member of the group, on the understanding that the information would not be made public until after his Senate race against Ted Cruz in November 2018.

Cruz knows exactly how to pay for the border wall Democrats so desperately despise.

It won’t even cost the American people a single cent.

How could Democrats say no to this?

In an exclusive interview with The Daily Caller, Texas Republican Sen. Ted Cruz explained how he intends to get notorious drug lord and gangster ‘El Chapo’ to pay for the southern border wall with Mexico.

The bill would designate any money and assets seized from notorious gangster Joaquín “El Chapo” Guzmán and allocate them for the construction of the border wall. El Chapo was extradited to the U.S. in 2017 to face charges related to running one of the most notorious drug cartels in the world.

El Chapo was worth $14 billion at the time of his arrest.

President Trump is only asking for $5 billion.

The post BOMBSHELL: Reuters Colluded With Beto to Help Beat Ted Cruz, Buried His Hacker Past appeared first on Flag And Cross.

“….can it still be managed by the same principles that were set down 230-plus years ago?” The hubris filled little punk isn’t smart enough or old enough to realize that NOTHING ever REALLY changes when it comes to the souls of men/women and that the GENUISES that created the Constitution did so from lessons of all time FOR ALL TIME. “Hold on, my friends, to the Constitution and to the Republic for which it stands. Miracles do not cluster and what has happened once in 6,000 years, may not happen again. Hold on to the Constitution, for if the American… Read more »