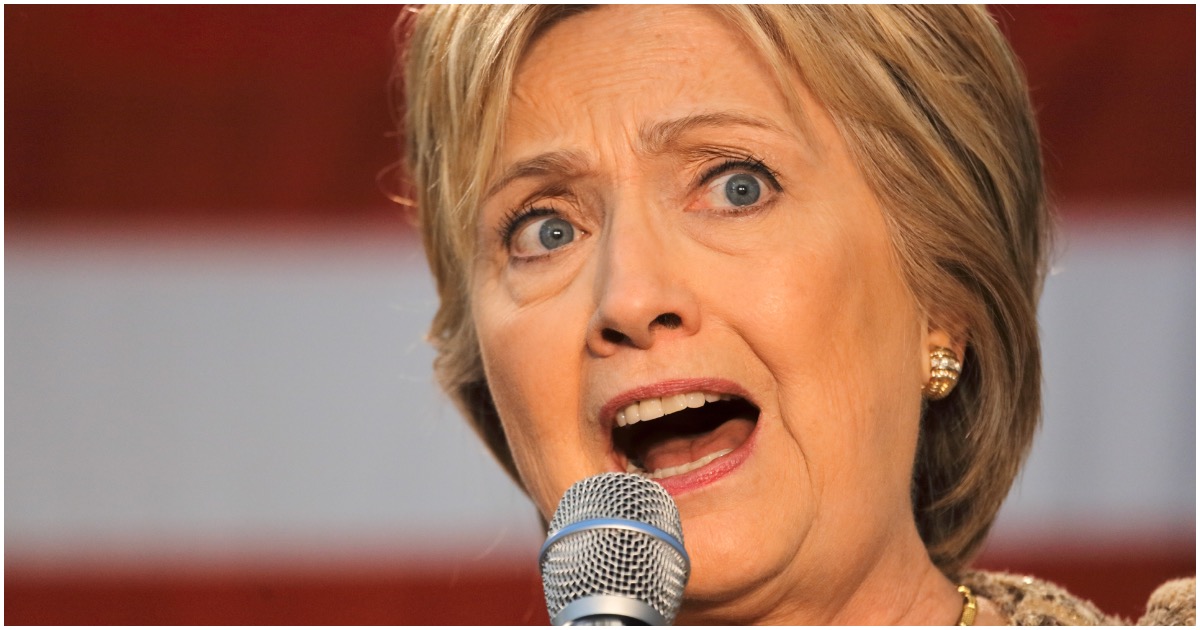 Hillary Clinton was in Norway.

While there, she took shot after shot at President Trump.

She even said the “entire world” is responsible for helping to kick 45 out of office.

“I’ve said it repeatedly and over and over again, look I am in the camp of people who believe it’s imperative that our country elect a different president,” she said to applause from the Norwegian audience.

“You all have a stake in this,” she added to the foreigners as she said the “entire world” should care about ousting Trump.

The person also says she is extremely unlikely to run, but that she remains bothered that she’s expected to close the door on it when, say, John Kerry isn’t. She has told her team she is waiting at least to see the Mueller report. 2/2

When Americans hear the word “collusion” their minds instantly think Trump and Russia.

Of course, the Trump campaign’s connection to Russia has yet to be proven despite years of searching for evidence.

Also, a Senate report recently confirmed there wasn’t any collusion. So, there you go.

However, there is now solid evidence that the Obama administration, Hillary Clinton and FBI colluded to protect Clinton’s 2016 presidential campaign.

The trove of documents turned over by the FBI, in response to a lawsuit by the transparency group Judicial Watch, also included discussions by former FBI lawyer Lisa Page concerning a potential quid pro quo between the State Department and the FBI — in which the FBI would agree to effectively hide the fact that a Clinton email was classified in exchange for more legal attache positions that would benefit the FBI abroad, and allow them to send more agents to countries where the FBI’s access is ordinarily restricted.

The quid pro quo would have involved the FBI providing some other public reason for withholding the Clinton email from disclosure amid a Freedom of Information Act request, besides its classification level. There are no indications the proposed arrangement ever took place.

The chair of the Democrat National Committee, Tom Perez, has made it clear that Fox News hosts won’t be allowed to host debates between 2020 Democrat presidential candidates.

NEW: DNC Chair Tom Perez: “Fox News will not serve as a media partner for the 2020 Democratic primary debates.”

NEW: DNC Chair Tom Perez: "Fox News will not serve as a media partner for the 2020 Democratic primary debates." pic.twitter.com/1FP4S105Ft

Democrats just blocked @FoxNews from holding a debate. Good, then I think I’ll do the same thing with the Fake News Networks and the Radical Left Democrats in the General Election debates!

Democrats just blocked @FoxNews from holding a debate. Good, then I think I’ll do the same thing with the Fake News Networks and the Radical Left Democrats in the General Election debates!

Do you think Trump will stay true to his words?