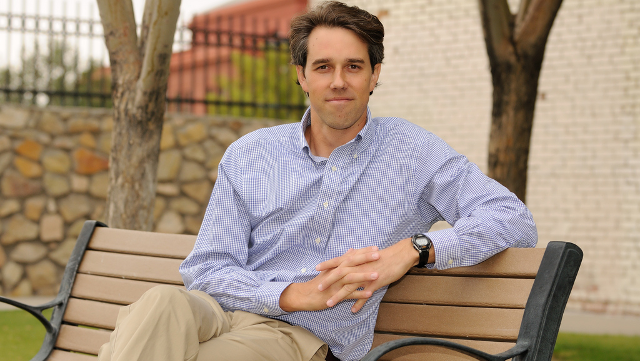 With only a few big names left to officially announce their candidacy in 2020, Beto O’Rourke has jumped headfirst into the fray…but his reasons why are concerting voters.

Robert Francis O’Rourke, who goes by the Latino-voter-friendly “Beto”, has long been considered a bit of an outlier in the political scene.  His youth and vigor allowed him to stage a number stunts during his failed Texas senate campaign in which O’Rourke skateboarded both around a Whataburger parking lot and onstage at a rally.

His “will-he, won’t-he” wait on deciding to run for the Oval Office is now over, and voters are wondering why it took so long for Beto to commit.

He has answered those questions in an interview with Vanity Fair, and voters are a bit dumfounded.

The wide-ranging interview is the cover story of the latest edition of the magazine, with the 46-year-old boldly declaring he was “just born to do this”.

The Vanity Fair piece, written by Joe Hagan, seemed to echo the fawning tone of much of the media coverage that followed his failed bid to unseat Texas GOP Sen. Ted Cruz last fall.

Hagan, who previously penned a similarly photographed and written profile of another Democrat, former presidential candidate John Edwards, wrote in the new piece: “For O’Rourke, what followed was a near-mystical experience,” referring to his entry into politics.

Voters keen on Beto will need to keep an eye on how his campaign handles the off-putting, “mystical” elements of his “destiny” style piece.

This isn’t the sort of reputation that you want to build in the infancy of your campaign.  One funny Saturday Night Live bit about Beto going to roadside psychics or consulting a crystal ball, and this campaign is sunk.

Appears we have another “obama” in the wings awaiting his “deserved” place in our whitehouse? Wondering if he sends a tingle up the leg of the news media also? And does he get awarded a “peace medal” for doing nothing also?