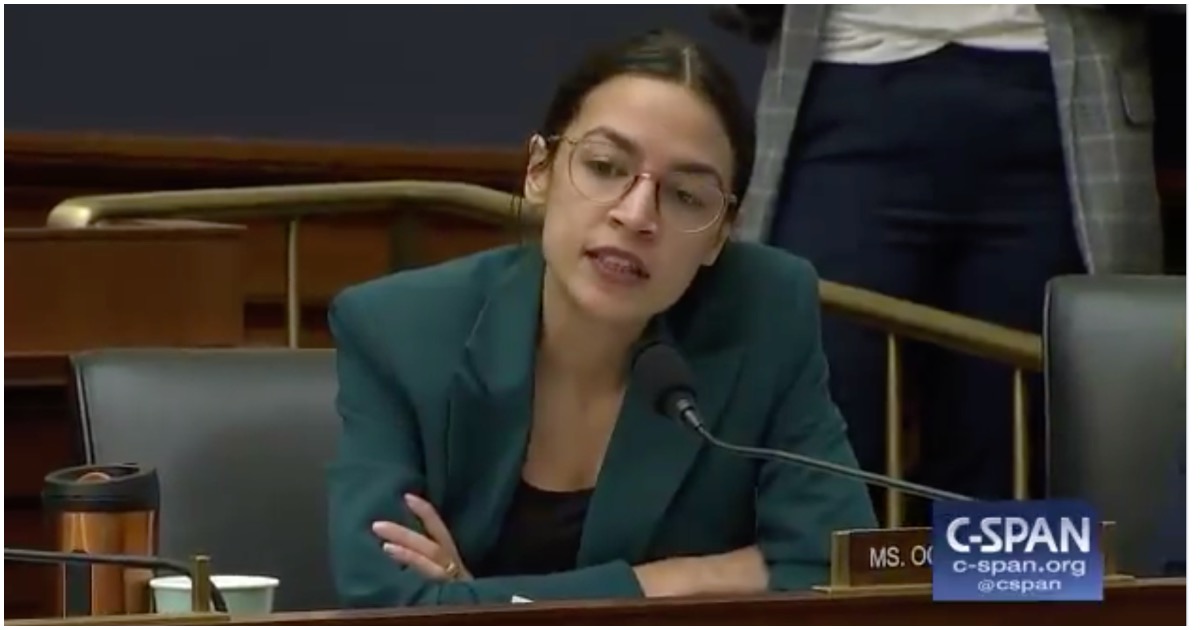 Freshman Democrat Alexandria Ocasio-Cortez thought she had the CEO of Wells Fargo cornered.

She was dead wrong.

Ocasio-Cortez used her time during the hearing to push her political agenda against Immigration and Customs Enforcement (ICE) and against the fossil fuel industry.

Sloan: “I don’t know how to answer that question because we weren’t.”

AOC: “Uh, so in finan–, you’ve, you were financing, involved in debt financing in CoreCivic and GEO group, correct?”

Sloan: “For a period of time, we were involved in financing one of the firms, we are not anymore. I’m not familiar with the specific assertion you are making, we were not involved in that.”

Sloan: "I don't know how to answer that question because we weren't." pic.twitter.com/0ecaOAvvu8

The post Ocasio-Cortez Gets CLOBBERED After Trying to Grill Wells Fargo CEO, & It Was Bad appeared first on Flag And Cross.