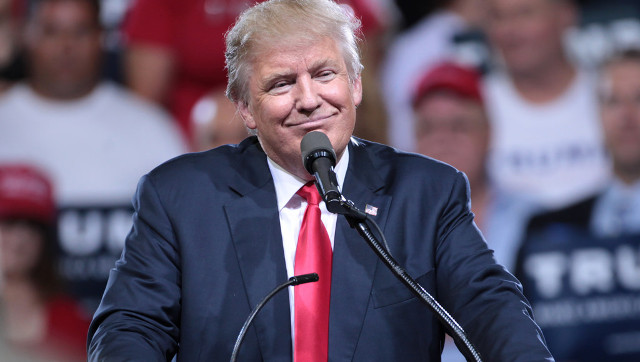 The mood in Washington is tense, and has been tense, for quite some time.

The Trump Era in particular has created a type of palpable tension the likes of which Americans have likely not experienced in some 140 years.

From even before Donald Trump stepped foot in the West Wing, the left wing was out to get him.  Impeachment talk had started long before he was sworn into office, and there had even been an assassination attempt on candidate Trump back at a rally in Las Vegas.

Once Trump assumed the role of Commander in Chief, however, the democrats ramped up their rhetoric to unfathomable degrees.

Now, not only was Trump facing a radicalized liberal base out in the wilds of America, but, after the 2018 midterms, he would find these pockets of insanity and hysteria all over Capitol Hill.  The left, in an effort to sabotage our entire government in a bid to oust Trump, elected women like Ilhan Omar, a known antisemite, and Alexandria Ocasio-Cortez, an avowed democratic socialist.

The last time the left wing of a nation adopted socialism and antisemitism at once, The Holocaust ensued.

Now, amid all this infighting among our public servants, there was a rare nicety shared between the President and House Speaker Nancy Pelosi – a longtime democrat and vocal opponent of the President.

….a man who is considered by many to be the President with the most successful first two years in history, especially when he has done nothing wrong and impeachment is for “high crimes and misdemeanors”?

Pelosi yesterday claimed that Trump was “not worth” impeaching, on account of the damage that it could do to our already hotly divided nation.

What Pelosi’s infantile psychological “dare” accomplished was little more than display the democrats’ disparaged position in their fight to nullify the 2016 election.

The post In Rare Occurrence, Trump Thanks Pelosi for Impeachment Talk appeared first on Flag And Cross.

What Pelosi really meant to say was, We are not going to seek impeachment because our Savior, Robert Mueller, could not find anything on Trump! So now we have to regroup and make something else up!! Why don’t they just give it a rest and work with the President for the good of America?