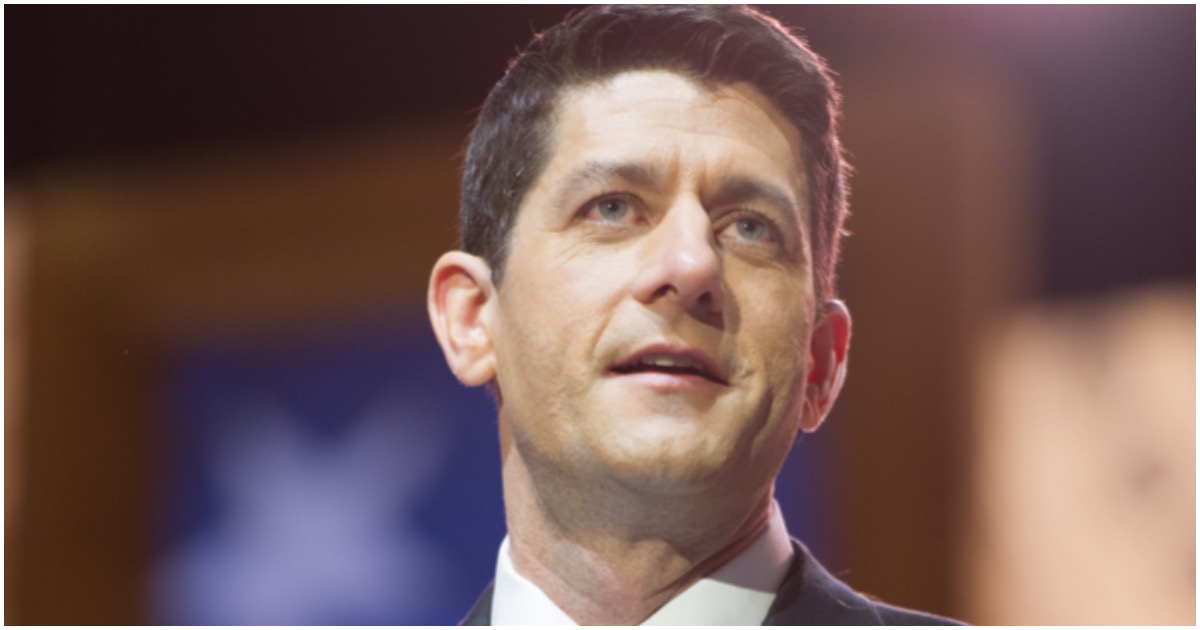 President Trump and former Speaker of the House Paul Ryan were the best of friends, said nobody.

Therefore, it made sense that Ryan publicly – and often – went against the commander-in-chief – despite being members of the same party.

During a recent exclusive interview, Trump noted that Ryan would block subpoenas against Democrats.

President Donald Trump is not happy that former House Speaker Paul Ryan blocked subpoenas of people and entities Trump thinks the House GOP should have been investigating during the first two years of his administration.

Trump told Breitbart News in an exclusive lengthy Oval Office interview that Ryan blocked issuance of subpoenas to people he thinks should have been investigated on the political left, and now that the Republicans no longer have the majority in the House, people Trump says Ryan protected may have gotten away with whatever they did that warranted investigation.

Trump said that House Freedom Caucus Chairman Rep. Mark Meadows (R-NC) and his predecessor and fellow conservative Rep. Jim Jordan (R-OH) wanted to be tougher with the left, but that Ryan would not let them.

Trump noted, “Paul Ryan wouldn’t give the right to have any subpoenas. Okay? Now in all fairness, Meadows and Jordan and all these guys, they wanted to go tougher, but they weren’t allowed to by leadership.”

Trump added, “So here’s the thing—it’s so terrible what’s happening. You know, the left plays a tougher game, it’s very funny. I actually think that the people on the right are tougher, but they don’t play it tougher. Okay? I can tell you I have the support of the police, the support of the military, the support of the Bikers for Trump – I have the tough people, but they don’t play it tough — until they go to a certain point, and then it would be very bad, very bad. But the left plays it cuter and tougher. Like with all the nonsense that they do in Congress … with all this invest[igations]—that’s all they want to do is –you know, they do things that are nasty. Republicans never played this.”

The retired Wisconsin politician says there’s a chance Trump could lose in 2020.

Former House Speaker Paul Ryan (R-WI) said Monday that President Donald Trump could lose the 2020 presidential election if his “personality” is the central focus of his campaign.

“The person who defines that race is going to win the race. If this is about Donald Trump and his personality, he isn’t going to win it,” Ryan said during a lecture in Vero Beach, Florida, according to TCPalm.com.

In a recent meeting, Trump scorched Ryan for screwing him and not securing funding for the border wall.

At a meeting Wednesday with conservative groups, the president accused former House speaker Paul D. Ryan (R-Wis.) of having “screwed him” by not securing border wall money when Republicans had the majority, according to one attendee, Mark Krikorian, executive director of the Center for Immigration Studies. He said Ryan should have gotten him money before he left but he had no juice and had “gone fishing,” according to two attendees.

Paul Ryan was a turn coat. If your a party u protect it and do what your Pres asks. U
Your a real as——e

I think Ryan is a real turn coat and that’s the way he’ll go down in history, just because don’t like the Pres u don’t go against him p, look at all the damage u have caused. You’ll ngodown in history as a cheat that caused all kinds of damage,

As it turns out the 2012 republican party for president with romney & ryan was a stinker. Likely it would merely have been a continuation of obama’s agenda if they had won?