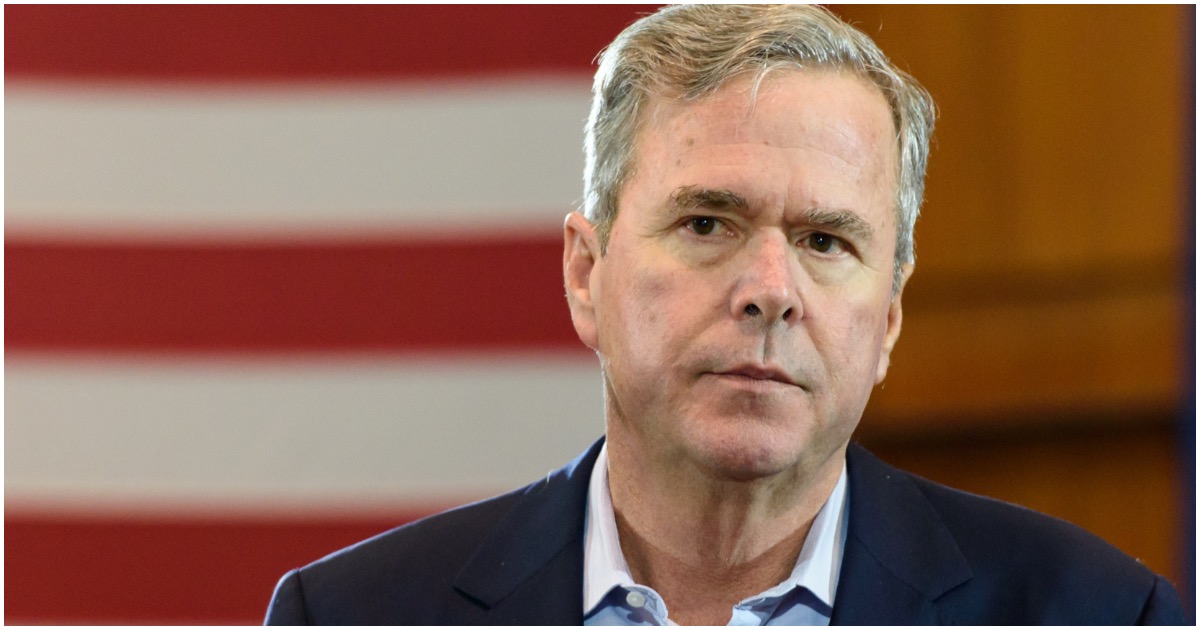 Jeb Bush never stood a chance against Donald Trump in the 2016 Republican presidential primaries, despite what the early polls may have suggested.

Now, a pro-Bush super PAC has been hit with the third largest fine in FEC history for accepting illegal contributions from a Chinese corporation.

The Federal Election Commission on Monday doled out $940,000 in fines to the super PAC that backed Jeb Bush’s 2016 presidential bid and a Chinese-owned corporation that made illegal donations to it.

The unusually large FEC fines came after the commission found evidence Bush’s super PAC took money from a foreign national, which is prohibited under federal election law. The super PAC, Right to Rise, was fined $390,000 for the violation, while the FEC gave an additional $550,000 fine to American Pacific International Capital, Inc. The company had donated $1.3 million to Bush’s super PAC in the spring of 2015, as Bush was gearing up for a run for president.

“Today’s action is a rare and remarkable step by the FEC, and a reminder that safeguarding our elections against foreign interference is in America’s vital national security interests,” said Trevor Potter, president of the Campaign Legal Center, which filed a complaint about the donations in August 2016 to the FEC. “This illegal $1.3 million contribution is unmistakable proof that Citizens United opened the floodgates to foreign money in the U.S., and it is surely the tip of the iceberg.”

Trump gave a rousing speech at CPAC on Saturday that had conservatives cheering.

One quote about signing a new executive order on free speech, though, sent a stark warning to liberal American colleges.

Trump: “We reject oppressive speech codes, censorship, political correctness and every other attempt by the hard left to stop people from challenging ridiculous and dangerous ideas. These ideas are dangerous. Instead we believe in free speech, including online and including on campus.”

Trump: “Today I’m proud to announce that I will be very soon signing an executive order requiring colleges and universities to support free speech if they want federal research grants.”

The announcement came after he brought Hayden Williams on stage at the Conservative Political Action Conference. Williams is a conservative activist who was punched in the face at the University of California at Berkeley last month while assisting the university’s chapter of the right-wing group Turning Point USA.

If U.C. Berkeley does not allow free speech and practices violence on innocent people with a different point of view – NO FEDERAL FUNDS?

If U.C. Berkeley does not allow free speech and practices violence on innocent people with a different point of view – NO FEDERAL FUNDS?

Why is it that President Trump not only has to fight Democrats to get his America first agenda across, but he has to go through stubborn Republicans, too?