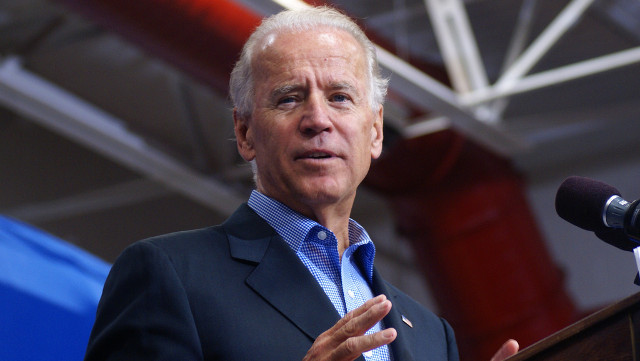 In the wacky world of the democratic party, there are only a few real questions left in terms of 2020 candidates for the presidency.

The first question should be, when is enough, enough?  There are already well over a dozen candidates out there, some of whom we’ve never heard of before now, who are polling well below any sort of acceptable threshold.  Heck, the mainstream media is having trouble keeping up as well, airing multiple “Town Hall” style meetings per night.

The democrats must also ask themselves, among this sea of candidates, are any of them worth a damn, especially in the context of having to face an incumbent Trump in just 18 months’ time.

And then, of course, the left should be wondering if any of the known unknowns are going to jump into the race anytime soon.

This week, it appears that Joe Biden will unenthusiastically throw his hat in the ring.

Former Vice President Joe Biden will run for president in 2020, a senior Democratic lawmaker told The Hill on Tuesday, a move that will shake up the crowded Democratic primary field and make him the clear front-runner for his party’s nomination against President Trump.

“I’m giving it a shot,” Biden said matter-of-factly during a phone call with a House Democratic lawmaker within the past week — a conversation the congressman recounted to The Hill and interpreted as a sure sign that Biden will run in 2020.

The former VP is still playing coy, at least officially.

Biden did not share any details about when or where he planned to make his formal presidential announcement, the lawmaker said. Biden and his wife, Jill, just returned from vacation in St. Croix in the Caribbean, where they reportedly discussed potential pitfalls and began finalizing their plans, The Associated Press reported.

Biden spokesman Bill Russo refuted the idea that the former vice president is absolutely running: “He has not made a final decision. No change.”

But at an event with firefighters Tuesday morning, Biden teased a 2020 presidential run as the crowd chanted, “Run, Joe, run!”

Now the only concern left for the democratic party is if they can keep Hillary Clinton at bay.

2016’s election was a disaster for the democrats, thanks to leaked evidence of the Clinton campaign colluding with the DNC to rig the primaries.  The ensuing democratic revolt at the polls was enough to put Donald Trump over the top.

The post Joe Biden’s Decision on 2020: “I’m Giving It a Shot” appeared first on Flag And Cross.

Pervy Uncle Joe will be brought to tears when all of his perverted videos re-surface showing him rubbing little girls joo-gies….!