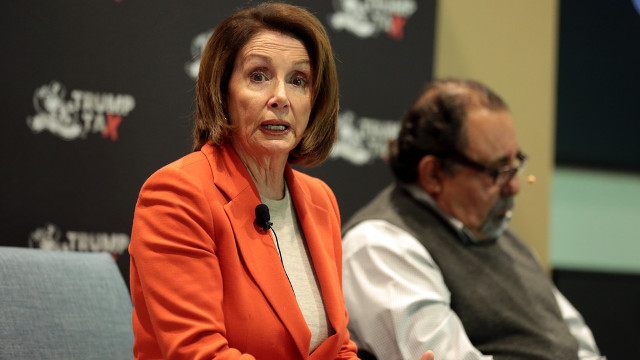 Republican President Donald Trump is very likely to become the most important issue for democrats come 2020, and that’s just sad.

The President’s long and tumultuous life in the public eye has prepared him very well for this moment.  He is again the center of attention, in ways that no other President has been before, and this means that the 2020 election is all about him.

In the debates and the town halls, we will undoubtedly hear little more than a constant drivel about The Donald, with the democrats reacting to the President’s whims and tweets over the sentiment of their own constituents.

Similarly, the President has spawned a democratic civil war it seems, as the left side of aisle furiously argues over the possibility of impeachment.

The comments put the Kentucky Democrat, who’s the chairman of the House Budget Committee, at odds with Pelosi, who said she does not currently support impeaching Trump even though she believes he is unfit to be President, according to a Washington Post magazine interview published Monday. The issue has divided congressional Democrats.

“I’m not for impeachment,” the California Democrat said, adding, “Impeachment is so divisive to the country that unless there’s something so compelling and overwhelming and bipartisan, I don’t think we should go down that path, because it divides the country. And he’s just not worth it.”

Pelosi perhaps believes that she can goad the President into foolishness with her “not worth it” comment.
What Pelosi has failed to realize is that her statement of worth is difficult to hear from the inside of any one of the President’s gold-accented skyscrapers.  You don’t get there without being able to see these foolish and childish arguments for what they are.

And we continue with watching as the dems continue with their melt-down. Who could have imagined the socialist of America would react with their hatred when a person that previously they believed to be in their democrat camp came on to defeat their corrupt choice. We didn’t like obama and voted against him twice but other than questioned his “lack of records” no one made the threats as do the liberals against our choice for President. Can just imagine their reaction when we re-elect Trump in 2020.