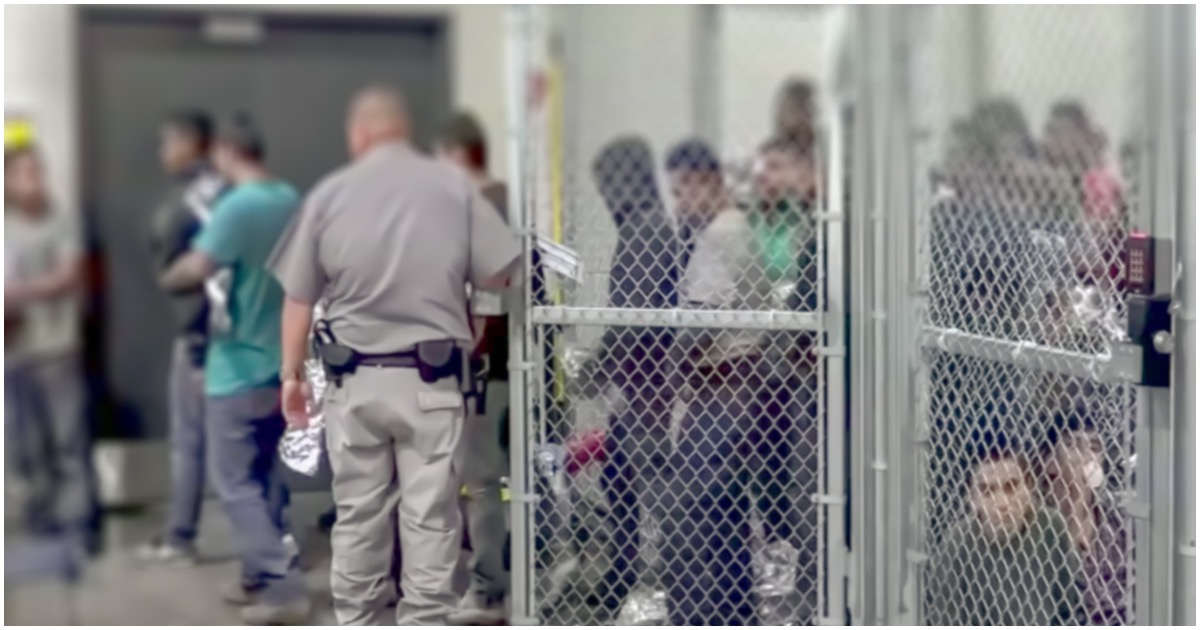 You don’t necessarily have to be American to be granted constitutional rights.

Enter the far-left Ninth Circuit Court of Appeals, which is driving that point home…

On Thursday, a unanimous three-judge panel of the U.S. Court of Appeals for the Ninth Circuit found that asylum seekers at the U.S.-Mexico border who fail their initial threshold of showing a “credible fear” of persecution in their home countries are entitled to a judicial appeal before they can be deported. The decision could severely undermine the Trump Administration’s efforts at securing the border and expeditiously deporting frivolous would-be aslyees in California and Arizona, which are both border states under the jurisdiction of the Ninth Circuit.

The Ninth Circuit looked back at cases dating to the 1700s, determining that under review procedures set by the U.S. Supreme Court in a 2008 case known as Boumediene and by legal precedent set in several immigration cases dating back to the 1950s, Thuraissigiam should be covered by the suspension clause [of tbe U.S. Constitution] because he was arrested in the United States, according to the opinion.

The court went on to hold that a procedure that would not allow the California court to review the immigration judge’s determination in Thuraissigiam’s case would be unconstitutional, according to Thursday’s opinion.

Back in December 2018, the Ninth Circuit decided to go against President Trump.

A divided U.S. appeals court late Friday refused to immediately allow the Trump administration to enforce a ban on asylum for any immigrants who illegally cross the U.S.-Mexico border.

The ban is inconsistent with an existing U.S. law and an attempted end-run around Congress, a panel of the 9th U.S. Circuit Court of Appeals said in a 2-1 decision.

“Just as we may not, as we are often reminded, ‘legislate from the bench,’ neither may the Executive legislate from the Oval Office,” 9th Circuit Judge Jay Bybee, a nominee of Republican President George W. Bush, wrote for the majority.

He dropped some truth bombs about the illegal migrant caravan that is attempting to make its way into America.

For example, did the left know that grown men were pushing women and children to the front and then throwing rocks at patrol agents?

How about that the migrants tore down a section of the border wall?

“What we saw over and over yesterday is that the group, the caravan as we call them, would push women and children to the front and then begin basically rocking our agents.”

Scott added, “That is correct. 42 crossed the border and were arrested. There were numerous people that actually made it across the border. We are in the process of building a new border wall. There were sections that were dilapidated sections made out of scrap metal that the military had gave us. The group breached a section of this. The group breached a couple sections of this. They actually tore down one section. They rushed across and that’s another time that they actually started assaulting our agents.”

A group of migrants is getting ready to march towards a border crossing, they say this is a peaceful march and that they don’t want to cause any troubles #MigrantCaravan #Migration #Tijuana pic.twitter.com/VrqSV2Gohl

Watching a livestream of hundreds of asylum seekers from the migrant caravan trying to cross my hometown’s Tijuana border with the US. It’s chaotic and I’m worried about a retaliatory approach by the US Government https://t.co/NP6XETLEzQ pic.twitter.com/sj3GXnejHg

Migrants with children now scrambling up railway siding trying to reach us border thru mountain pic.twitter.com/ZeEZ0NApIx

The Mexican federal police have shut down the border into Mexico – hundreds of riot police are lined up and no incoming cars are being allowed to enter from the US into Mexico pic.twitter.com/cNY0MZktAZ

Over 1,000 migrants have stormed past riot police to get to the US border through the Tijuana River #MigrantCaravan pic.twitter.com/bf2ZsLxRqq

A group of Central American migrants, mostly from Honduras, run along and try to cross the dry riverbed of the Tijuana River in an attempt to get to the El Chaparral port of entry, in Tijuana, Baja California, Mexico, near the US-Mexico border pic.twitter.com/0kKzt0fIsN

Migrants storm the US border. An invasion by any definition. But an invasion bought and paid for by globalists & leftist NGOs.

American helicopters fly over the border. We are told Mexico and the United States have temporarily given each other permission to fly 10km into each other’s territory. #MigrantCaravan pic.twitter.com/InIfGLAG73

The post ICYMI: Ninth Circuit Says Some Aliens Have Constitutional Right to Appeal Deportation appeared first on Flag And Cross.

Do these people trying to get into our country understand we do not have the facilities nor money to take them? So when they finally cross illegally where can they go what can they do? There are no freebies for them! No jobs! Mo handouts no curches because they are tapped out! No welfare because of the people coming before them using it all! No place for shelter so they are left to becoming criminals to survive! They are not our responsibility! And the judges on the 9th circuit have just shown their stupidity again saying the invaders have rights!… Read more »