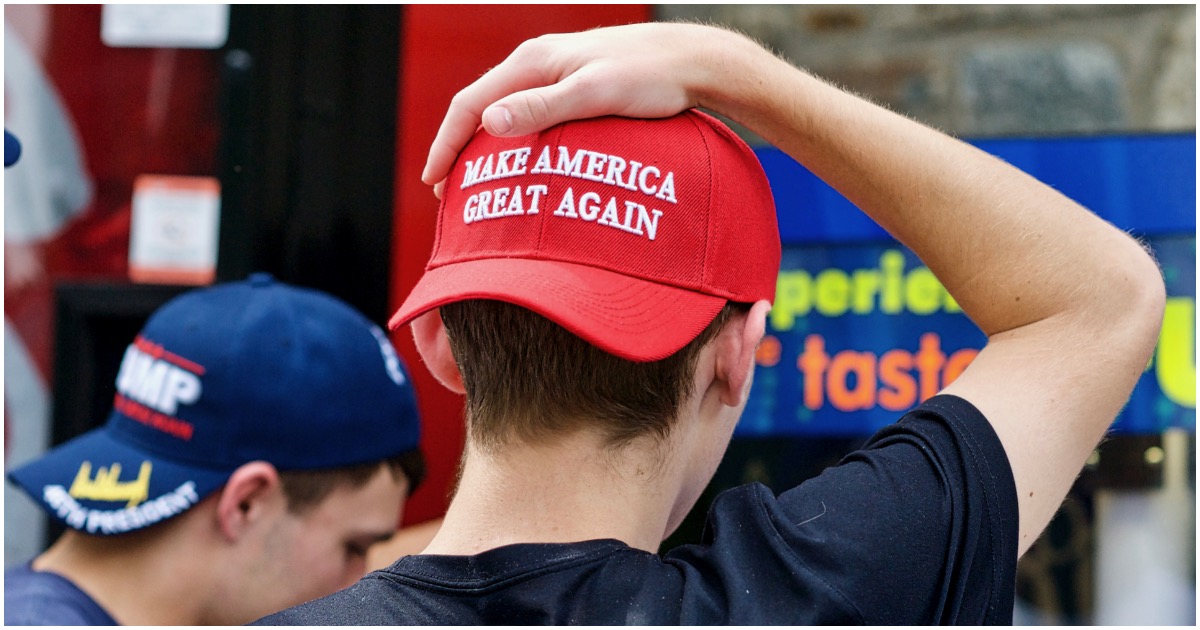 Wear a MAGA hat to school, be prepared to fight.

In fact, be prepared to be assaulted.

An investigation regarding a school bus aide has opened up in Florida, after the woman was caught on a surveillance video yelling at a student to take off his MAGA hat, before removing it from his head herself.

Gunnar Johansson, 14, told WPTV that students at Hidden Oaks Middle School were allowed to wear a hat to school this week if they donated to the March of Dimes. However, he never expected to have his cap pulled off before he even got to school.

The footage obtained by the local Florida outlet shows the teen wearing a hat that says “Make America Great Again,” along with President Donald Trump‘s name. Johansson said he chose to wear it “to show my pride in Trump America.” The aide seemed to think that the show of support wasn’t appropriate.

The aide said to the teen: “Boy, if you don’t take that hat off on this bus. Take it off!”

The teen noted: “She threatened me with a referral and threatened to turn the bus around. I said, ‘Write me up, I didn’t do anything wrong.’ And then she yanked my hat off.”

Case in point: a different high schooler was assaulted for wearing his MAGA hat.

Will incidents like these ever stop, even when Trump eventually leaves office?

The answer is probably no.

Funny how you hardly ever – if ever – hear about conservatives assaulting liberals.

The post ‘Take It Off!’ School Bus Aide Berates Teen Over MAGA Hat, Then Rips It From His Head appeared first on Flag And Cross.

An action and attitude typical of the leftist thinking liberals/democrats/socialist that seem to be in control of America now. Time to take America back and MAGA by voting out all liberals from office, no matter if dems or claiming to be republicans.

As they pass a lot of useless laws, they should pass one that says you can shoot a DemonRAT when they touch you.