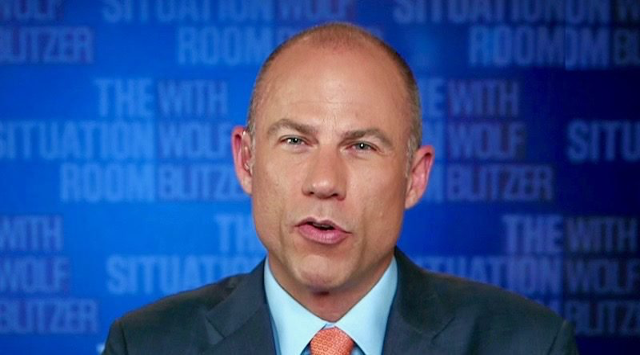 Of all of the harebrained characters that have come through the “resisntance’s” revolving door of buffoons, none was quite as bizarre as Michael Avenatti.

From there, the circus grew ever-more bizarre, with Avenatti almost always front and center…even going so far as to hint at a possible career in politics after it was all over.

The Los Angeles Times reports Avenatti filed for bankruptcy ahead of a scheduled appearance before a federal judge in California Friday, where he was expected to testify on Eagan Avenatti’s financial situation. Jason Frank, an attorney and former partner in the firm, accused Avenatti of attempting to shield legal fees from creditors amid the company’s bankruptcy proceedings.

“Who cares? Old firm that we have not operated under for a very long time,” Avenatti saidof the bankruptcy filing to the Times. “We want to ensure the proper distribution of assets to creditors — it means nothing to our current law practice. Onward and upward.”

And it gets worse…

The filing puts Avenatti’s planned testimony on hold. An attorney for Frank said in a statement that Avenatti’s testimony would have “exposed” the television lawyer’s “financial shenanigans.”

“That Mr. Avenatti would try something so desperate speaks volumes about how bad the evidence is against him,” said attorney Eric George.

At this time, Mr. Avenatti is still representing Ms. Daniels, despite the significant shortcomings of his personal life.