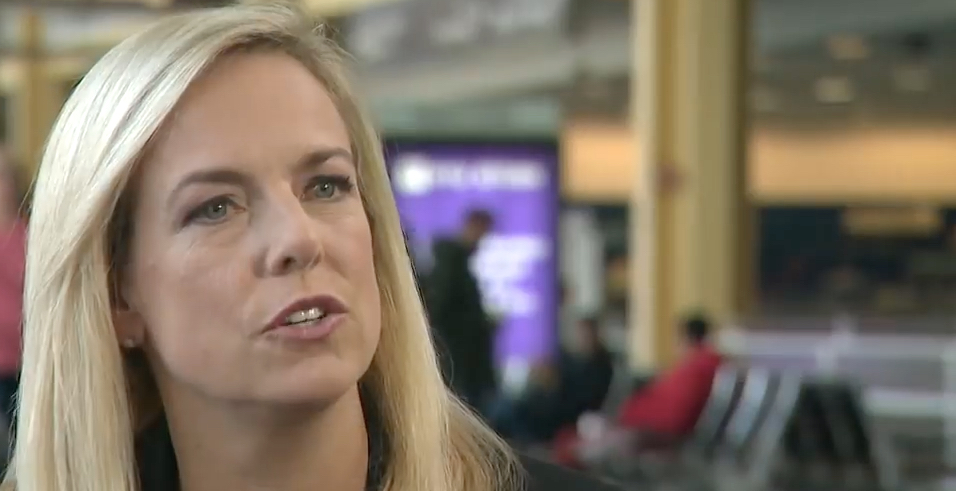 Department of Homeland Security Secretary Kristjen Nielsen’s testimony before the House Homeland Security Committee has revealed a litany of shocking facts about the crisis at the border including that rape is so common that DHS gives pregnancy tests to every female migrant over the age of ten.

“Because of the increase in violence, at ICE, when we have families with children, we have to give every girl a pregnancy test over 10. This is not a safe journey,” Nielsen said on Wednesday.

The DHS sec. spoke about the dangers that illegals face as they try to flood across out border. Females who are often subjected to major sexual abuse at the hands of human smugglers.

According to recent statistics shared by DHS, one in three females are victims of a sexual assault on the journey to the border. This figure is similar to the one used in January by President Donald Trump during a speech. The figure used by Trump is almost half of the one cited by Doctors without Borders who claimed as many as 68 percent suffer sexual abuse.

But that isn’t the only alarming thing Kristjen said of the crisis at the border.

The DHS chief also noted that by year’s end they will have clocked one million illegals trying to swamp our border.

According to DHS Secretary Kirstjen Nielsen, “The agency is now on track to apprehend more migrants crossing illegally in the first six months of this fiscal year than the entirety of FY17, and at the current pace we are on track to encounter close to one million illegal aliens at our southern border this year.”

DHS officials say that many of these illegals are trying to game the system.

“While many of them initially claim asylum and are let into the United States, only one in ten are ultimately granted asylum by an immigration judge. Unfortunately, when it comes time to remove the other 90 percent, they have often disappeared into the interior of our country,” Sec. Nielsen said.

Nielsen also noted that illegal drugs are also flooding across the unprotected border.

Alarmingly, CBP has reported that fentanyl smuggling between ports of entry at the southern border has more than doubled over our last fiscal year, from FY17 to FY18. Although these seizures represent just a quarter of fentanyl seizures along the border, the rate at which they have increased is concerning. Fentanyl was responsible for more than 28,400 overdose deaths of Americans in 2017. Just a few weeks ago, CBP made its largest fentanyl bust in U.S. history, seizing 254 pounds of fentanyl – enough for 115 million fatal doses – in a truck trailer compartment. These drugs are smuggled at and between ports of entry, but our officers and agents are not able to devote the full resources and attention they could to interdicting them because of the migration crisis that is taxing our resources._

Finally, she also warned of the terrorists sneaking into the U.S.:

Moreover, *last year alone, DHS encountered 3,000+ “special interest aliens” (SIAs)—individuals with suspicious travel patterns who could pose a national security risk* —at our southern border. Foreign partners throughout the Western Hemisphere continue to share their concerns with me about the growing volume of SIAs. Often these partners lack the ability to determine the identities and intentions of such individuals before they cross international borders and make their way towards our own.

So, how do we not have a crisis at our border?

By working to defeat Donald Trump’s border security plans, the Democrats are not only supporting rape and human trafficking — even of helpless children — they are putting every single American at risk.

The post DHS Warns All Female Migrants Given Pregnancy Tests, Including 10-Yr-Old Girls appeared first on Flag And Cross.