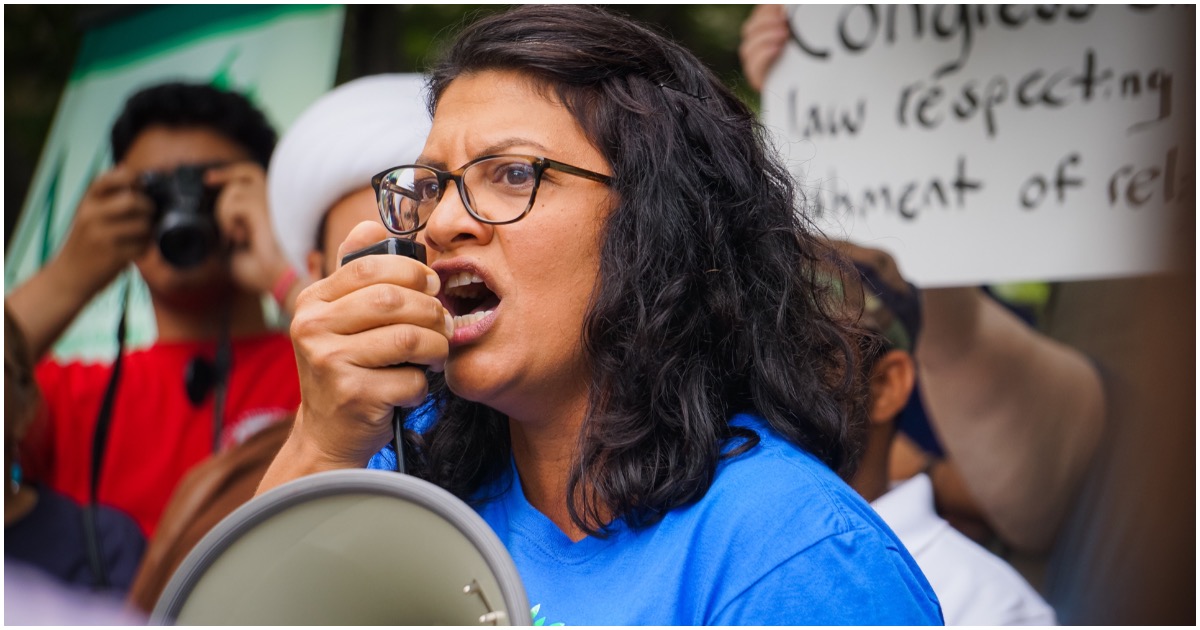 Freshman Democrat Rashida Tlaib, of impeach that “motherf*****” Trump fame, is now set to introduce articles of impeachment against POTUS.

Tlaib, D-Mich., joined protesters on Capitol Hill to described what she called an “emergency” conveyed to her by her constituents.

“We want to be able to work on these economic justice issues, racial justice issues and everything. But guess what? There is a wall there, and a constitutional crisis that is not going to be able to have us be able to do our jobs as American Congress members to push a lot of these agendas forward.”

Now, fellow freshman Democrat Rashida Tlaib (MI) is facing a serious problem of her own.

Democratic Michigan Rep. Rashida Tlaib reportedly paid herself $17,500 from her election campaign funds — after she won her midterm election in November 2018.

That appears to be a violation of campaign finance rules, the Washington Free Beacon reported Friday. In total, campaign records reveal that the congresswoman paid herself a salary of $45,000 before and after the election.

FEC rules state that campaign funds can no longer be transferred to a candidate once that person ceases to be a candidate.

After her win in November, Tlaib celebrated while draped in the Palestinian flag.

California Democrat Maxine Waters does not care for President Trump. Too obvious?

When are the people of this country going to wake up to the fact that this president is a disgusting liar, documented to have lied over 8,000 times in 2 yrs? Add to that his recent, blatant lies on our nation's intel chiefs' testimony in the US Senate. Past time for impeachment!

“Impeach that mother******,” screamed Tlaib. This is the new normal.

Democrats are now the party of the Tlaib’s and the Ocasio-Cortez’s.

Tlaib must be thinking she needs to make a name for herself right out of the gate, otherwise who is she kidding?

Rashida Tlaib to a crowd of cheering supporters in DC: “We’re gonna go in there and impeach the motherfucker!”

I thought her comments were disgraceful. This is a person that I don’t know…I assume she’s new?

Tlaib said she stood by her comments but wouldn’t talk to reporters when questioned.

After victoriously shouting to a cheering audience that she will "impeach the motherfucker" Trump, Rep. Rashida Tlaib *literally* runs scared from reporters asking her if she stands by the comments.

She's new here so does not know where to go – lol

As you’d imagine, Dems loved what Tlaib had to say…

Dems in the first day of House control:

What I have a problem with…

What I don’t have a problem with…

– Rashida Tlaib calling the person responsible for all of this a motherfucker.

Spare me the GOP outrage over @RashidaTlaib.

This is the motherfucker they elected president.

Geraldo summed it up best:

1 of 1st ever Muslim American women elected to Congress-Michigan's @RashidaTlaib– vows to her child & a cheering crowd, “We’re going to go in there and impeach the motherfucker.” What a perfect way to ensure war vs @realDonaldTrump & to guarantee that nothing at all-0-gets done.

The post HERE WE GO: Radical Dem to Introduce Articles of Impeachment Against Trump (Details) appeared first on Flag And Cross.

Seems that so far the only possible “charge” is for defeating the democrat candidate in the 2016 election…..