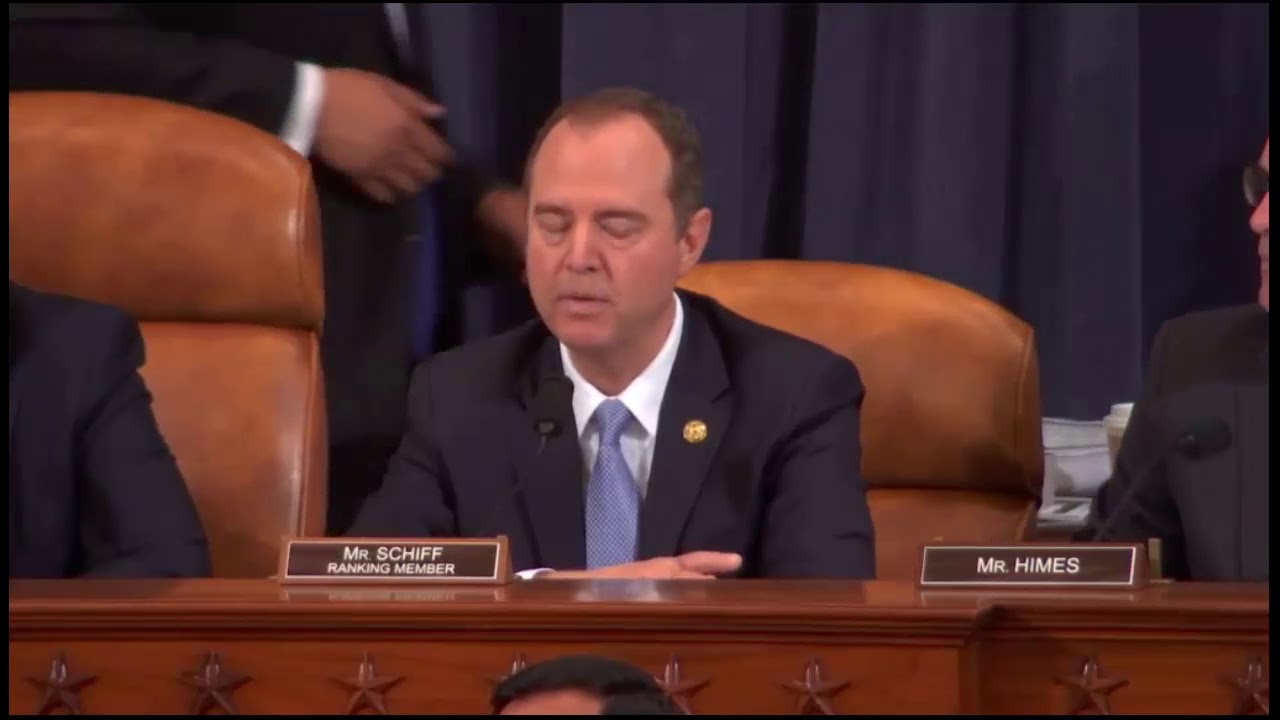 The goal of this info-grab seems clear:  To find something, nay, anything to which the democrats can hang an obstruction of justice charge on in order to removed the elected President from office.

This certainly isn’t the first time that the liberal left has attempted to torpedo the President, and, in turn the nation, through the fear and doubt of the legal system.  The only difference now is that the democrats are the ones on the fishing expedition, not just Robert Mueller.

Of course, one of the most prominent progressives to find himself in the fray is Adam Schiff, a vocal opponent of the President who seems to pop up at only the most opportune times in order to level wild accusations in the general direction of the West Wing.

Schiff’s latest accomplice in his quest to trounce Trump, however, further blurs the line between the mainstream media and the democratic party’s “resistance” schtick.

Goldman was an assistant United States attorney in the Southern District of New York from 2007 to 2017, where he prosecuted everyone from Russian mobsters to Las Vegas sports bettors. He also has deep ties to NBC, having worked at the Peacock Network as a researcher during the 2000, 2002 and 2004 Olympics before becoming a federal prosecutor – long before his recent stint as an on-air analyst.

And, as if his bias wasn’t obvious from his lengthy career in “news”, Goldman has made his views on 45 extremely clear on social media.

Goldman has a history of criticizing Trump on social media.

“Trump ‘looks bad’ because he committed a crime, nothing else. He is not above the law,” Goldman tweeted last year, adding the hashtag #TrumpResign.

Last December, he wrote that Trump “doesn’t care about the country,” and referred to him as “shameful.”

This comes as no surprise to observant Americans, of course, and will likely play out in the coming months as accusations and subpoenas continue to fly.

The post Thanks to Adam Schiff, An Ex-NBC News Analyst Now Working to Tank Trump appeared first on Flag And Cross.

Guest
PLEAD THE 5TH...GIVE THEM "ZERO"

PLEAD THE 5TH… TELL THEM TO TALK TO YOUR ATTORNEY…. GIVE THEM NOTHING. “ZERO” …. The Democratic Party of 2019 is the Dirtiest, Most corrupt, Evil Spoon of Satan and brokers of Back-Biting, and Double-Stands I have ever Witnessed! You May Throw the “MEDIA” Into that “Basket of Swamp Dweller’s” As Well!…. ALL of them are ANTI-AMERICAN, GODLESS, SOCIALIST PEDDLING, GUTTER-BALL SCUM-Balls! You will EVER ENCOUNTER! …GIVE THEM NOTHING! This “Puke Party” Is on it’s last breath! GASPING FOR AIR? … GIVE THEM NOTHING! …”ZERO” … TAKE THE 5TH….TALK TO MY ATTORNEY. Go finger fry? yourselves….I HAVE NOTHING MORE TO… Read more »

Christopher Steele, who no one ever interviewed, wrote a phony dossier and sold it to the stupid democrat party for $12.4 million, it was found to be a phony dossier and yet two years later, Steele hasn’t been found and the idiot democrats are still carrying on an investigation that hasn’t proved anything except they are as stupid as they ever were.

They have been working for over 2 years to put President out and can’t do that and want do that. They are a bunch of CRY BABIES.

The Democrats have lost their minds!!!!