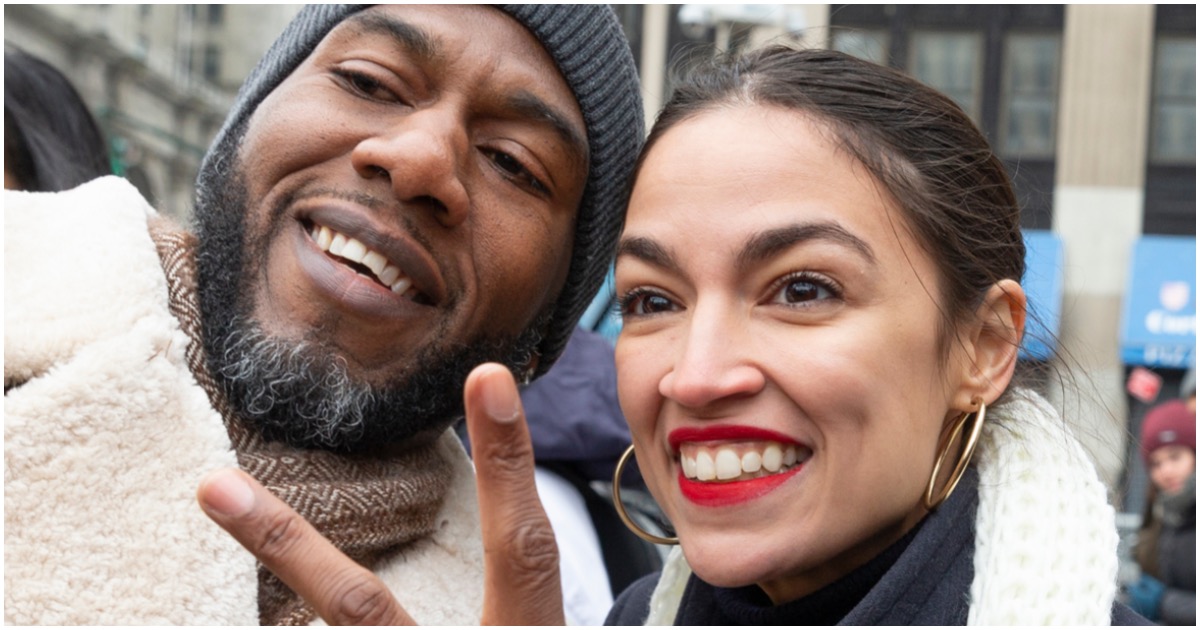 Democrat Socialist Rep. Alexandria Ocasio-Cortez has said a lot of things about “climate change” while promoting her “Green New Deal.”

“We’re like, ‘The world is going to end in 12 years if we don’t address climate change.’”

“It is basically a scientific consensus that the lives of our children are going to be very difficult.”

They make clear that she’s acting like a major hypocrite.

Freshman Rep. Alexandria Ocasio-Cortez wants to save the planet with her Green New Deal, but she keeps tripping over her own giant carbon footprint.

But the woman who boasts of a “razor-sharp BS detector” seems to have trouble sniffing out her own.

Since declaring her candidacy in May 2017, Ocasio-Cortez’s campaign heavily relied on those combustible-engine cars — even though a subway station was just 138 feet from her Elmhurst campaign office.

Check out AOC’s melt down in her response to the Post’s report:

Living in the world as it is isn’t an argument against working towards a better future.

The Green New Deal is about putting a LOT of people to work in developing new technologies, building new infrastructure, and getting us to 100% renewable energy.

Living in the world as it is isn’t an argument against working towards a better future.

The Green New Deal is about putting a LOT of people to work in developing new technologies, building new infrastructure, and getting us to 100% renewable energy. https://t.co/DZGE1WwLbn

She noted: “In the deal, what we talk about — and it’s true, is that we need to take a look at factory farming, you know? Period. It’s wild. And so it’s not to say you get rid of agriculture. It’s not to say we’re gonna force everybody to go vegan or anything crazy like that. But it’s to say, ‘Listen, we gotta address factory farming.”

She added: “Maybe we shouldn’t be eating a hamburger for breakfast, lunch, and dinner.”

Breaking: .@AOC explains ’Farting Cows’ in Green New Deal FAQ, and how she plans on fighting farmers and reduce meat consumption at the same time.

This will definitely play well in Iowa, Ohio, and Minnesota. pic.twitter.com/MyXmRrr6dx

Democrats are coming out in full-force to support AOC’s plan.

I’m proud to co-sponsor @AOC and @EdMarkey's Green New Deal. We must aggressively tackle climate change which poses an existential threat to our nation.

Excited to join @AOC & @SenMarkey on a historic #GreenNewDeal resolution to address the peril of climate change and worsening inequality. Our history is a testimony to the achievement of what some think is impossible — we must take bold action now.

Confronting climate change is the defining challenge of our time, and also an opportunity to create millions of jobs building a more just, inclusive and innovative clean energy economy. This has to be our focus #GreenNewDeal

Climate change is an existential disaster facing the entire world. We must transform our energy system away from fossil fuels to energy efficiency and sustainable energy. A Green New Deal can save the planet and create millions of new jobs.

A #GreenNewDeal is ambitious. It's bold. And I’m cosponsoring this resolution with @aoc and @senmarkey because it’s exactly the kind of action it will take to conquer the biggest threat of our lifetime. https://t.co/CfQFgBnlat

If we want to live in a world with clean air and water, we have to take real action to combat climate change now. I'm proud to join @RepAOC and @SenMarkey on a #GreenNewDeal resolution to fight for our planet and our kids’ futures.