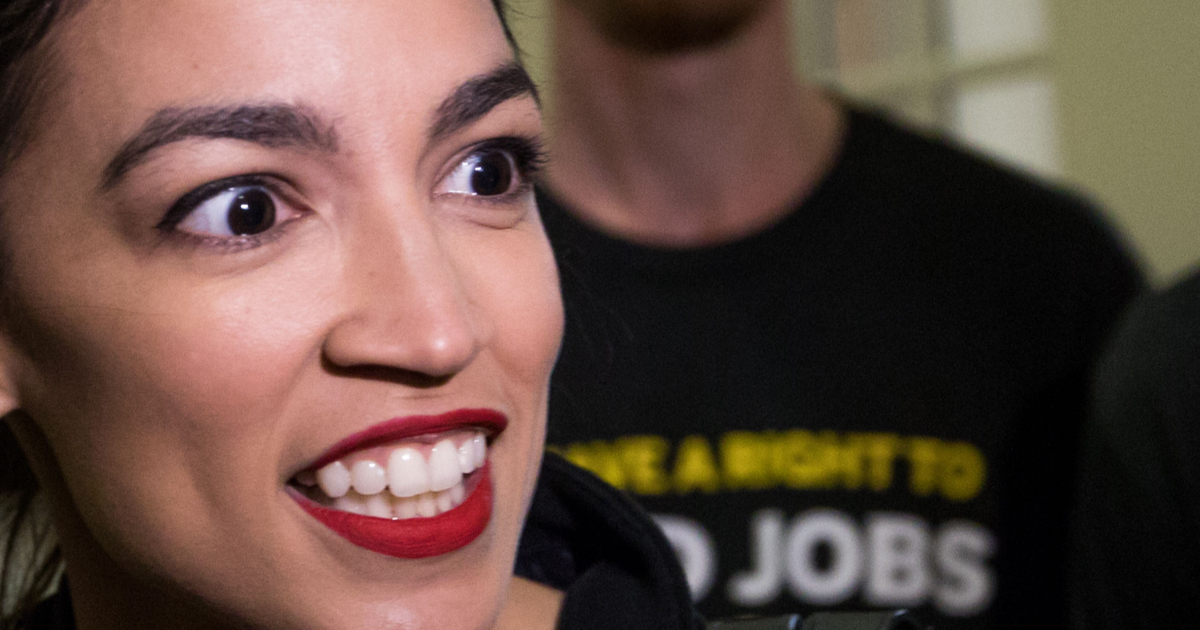 Alexandria Ocasio-Cortez is the well of hypocrisy that never runs dry, as though she’s Dunce de Leon having found the magical Fountain of Untruth.

Nary a day goes by that we aren’t bloated with some new and incriminating evidence that AOC is nothing more than a young Washington fat cat in training.  And, given her youth and bewildering popularity among millennial democrats, a lengthy career in politics could send her into realms of corruption and conniving that are currently rivaled only by women such as Hillary Clinton.

Now, as Ocasio-Cortez continues to pummel the nation with talks of her “Green New Deal”, the freshman Congresswoman has no doubt let this go to her head.

Not only has AOC claimed that she’s the “boss” of her constituents, (despite her official role as a public servant), her unwillingness to make even the slightest sacrifice for her alleged ecological cause is becoming downright hilarious.

The guiding principle of her eco-vision is to bring about “a full transition off fossil fuels and zero greenhouse gases” within 10 years.

Since declaring her candidacy in May 2017, Ocasio-Cortez’s campaign heavily relied on those combustion-engine cars — even though a subway station was just 138 feet from her Elmhurst campaign office.

She listed 1,049 transactions for Uber, Lyft, Juno and other car services, federal filings show. The campaign had 505 Uber expenses alone.

In all, Ocasio-Cortez spent $29,365.70 on those emissions-spewing vehicles, along with car and van rentals — even though her Queens HQ was a one-minute walk to the 7 train.

One minute walk, or “poisoning” the environment with greenhouse gasses?  AOC chose the latter, time and again.

Given her braggadocios belittling of the American people, on account of her “boss” status, we can only imagine what petty excuse she’ll conjure next.

The post AOC Too Cool for Convenient Mass Transportation, Widens Carbon Footprint Instead appeared first on Flag And Cross.