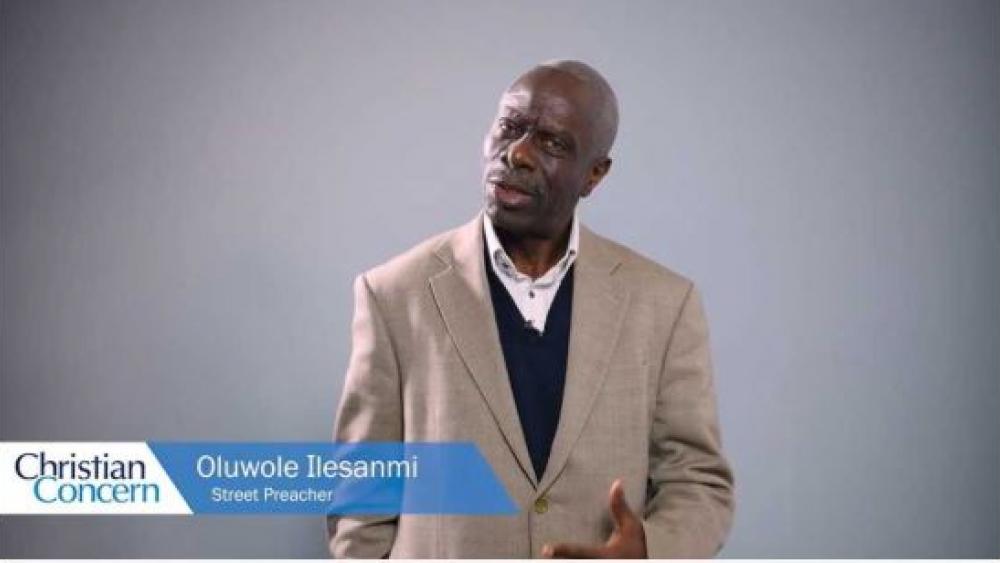 These days, conservatives and Christians alike seem in constant danger of adapting the worldly victim mentality of the left.

If we truly believe ourselves to be redeemed by the Lord, we ought to always keep in mind that to be persecuted for righteousness or His name’s sake is a reason to rejoice, not a reason to feel sorry for ourselves.

This is not to say it isn’t vitally important to bring attention to cases of discrimination or persecution against conservatives or Christians.

It is the way we respond to persecution that makes all the difference, and one London street preacher who went viral after being unjustly harassed and detained by the Metropolitan police stands as an inspiring example as to how to respond in the face of outrageous persecution.

Will Maule of Faithwire reports for CBN:

Oluwole Ilesanmi, the Nigerian man who was arrested in London for simply preaching the Gospel, has spoken out following his release. “Olu” was simply quoting Scripture and preaching the good news of Jesus to anyone who would listen when, on Feb. 23, he was accosted by two police officers and arrested for “breaching the peace.”

The Metropolitan police told Faithwire that, after it became clear that Olu had done nothing wrong, he was subsequently “de-arrested” and no charges were filed. Wednesday, it was announced that an investigation had been launched into the shocking incident.

“I was the one arrested,” Olu said in a video produced by UK anti-persecution watchdog, Christian Concern.

“The police came on the scene and yanked me away,” he continued. “I was taken out of the vicinity into a very remote place, thinking I would not even be able to get back.”

Despite having no money and being left by the police in an unfamiliar neighborhood, Olu said that “God raised for me people in the streets that could be of assistance.”

After finding his way back to Southgate Tube Station in North London, Olu said he “started preaching again the word of God.”

The video of Olu has gone viral, with many brothers and sisters in Christ sending in support. But Olu’s faith in spite of this disturbing incident is inspiring.

“My appreciation goes to everybody all over the world,” he says.

“I am well, I am OK,” he added. “No evil, as the Word has said, will come near my dwelling. God has been so faithful.”

Praise God! Never lose sight of Who has the victory, today, tomorrow, and throughout eternity. The world will rage against His Word, but nothing and no one can defeat Him!

Meanwhile wasn’t it in the UK that “muslims” were allowed to completely block streets while they laid on their little carpets and bowed to their “leader”?