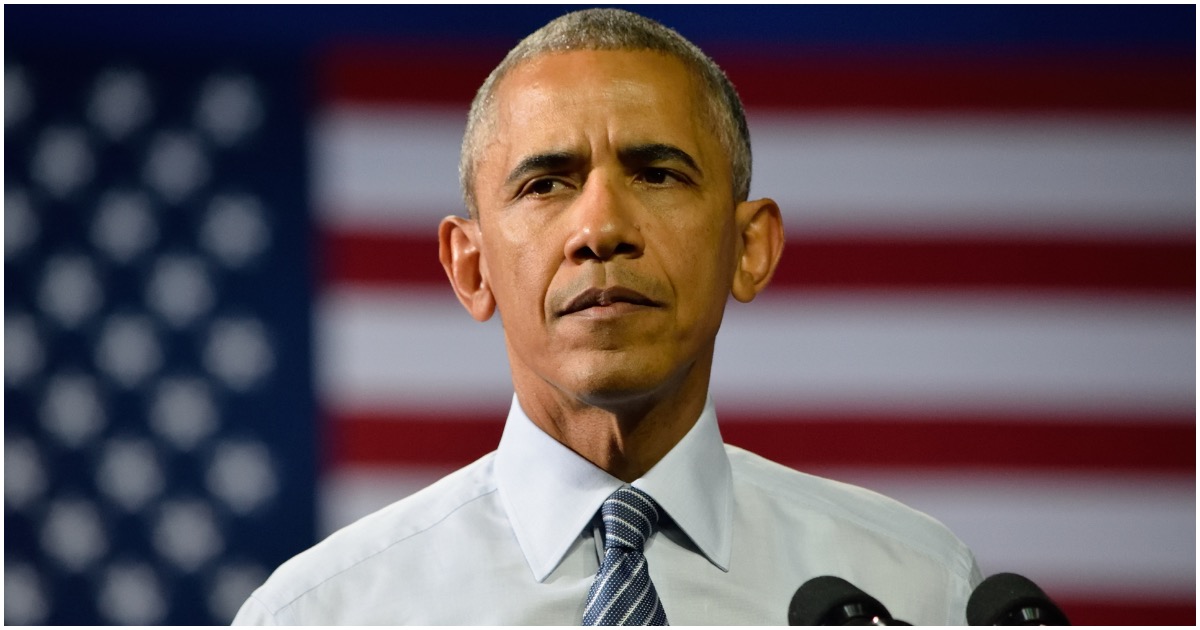 Former President Barack Obama was a lot of things to a lot of people.

To some, a godsend.

To others, a disgrace.

What cannot go overlooked, however, is that Obama lied to the American people about the strength of radical Islam while burying 470,000 documents related to the raid on Osama bin Laden’s compound.

In a detailed exposé in The Weekly Standard, journalist and author Stephen F. Hayes showed that Obama buried a staggering number of documents from Osama bin Laden’s compound, and essentially lied to the American people about the real status of Al Qaeda in order to win votes.

A key piece of Obama’s re-election was the elimination of bin Laden and the claim that the administration had Al Qaeda on the run. Afghanistan was won, the incumbent president boasted, and Islamic terrorism was waning. The path forward was to lift sanctions on Iran and move forward.

There was one big problem: The administration knew it wasn’t true, but repeated it anyway.

Obama was photographed with noted anti-Semite Louis Farrakhan sometime before the 2008 presidential election.

The picture was kept hidden until recently.

Farrakhan recently compared Jews to termites in a tweet but was hardly given a slap on the wrist by Twitter, the Democrat Party, or the mainstream media.

While in Iran, Louis led a chant calling for “Death to America” and Israel.

A video published by Iranian state television shows Nation of Islam leader Louis Farrakhan leading an Iranian audience in the infamous “Death to Israel” and “Death to America” chants so often heard at political rallies in the country.

Louis Farrakhan Refers to the U.S. as "Great Satan" during a Tehran University Speech; Says to Iranians: If You Persevere in Your Revolution Despite the Sanctions, "Victory Will Be Yours." pic.twitter.com/7ZVloq2cXL

And if you think about it, Obama has to know he doesn’t have a leg to stand on.

After all, he was the only president in history to never have a GDP above 3 percent.

But now when things are flourishing, nearly two years after Obama is out of office, somehow Barack wants people to believe he was the one responsible?

He’s coming off as entirely petty and desperate (more on that below).

“By the way, this was another meager crowd,” he said. “I mean, they said it was 9,600 people. They said that’s what this place held. It was not full. Obama, the Clintons, they just can’t … they can’t do it. They cannot do what Trump does. They cannot draw crowds. They cannot create excitement. They’re trying. They want in on the action, but they’re not pulling it off.”

The host then ran the audio clip of Obama from Sunday night, while occasionally shouting an objection from behind his golden EIB mic (transcript provided by Rushlimbaugh.com):

OBAMA: Democrats had to come in and I had to grab a broom and we had to get a mop and we had to clean up their mess. And it was hard, and it was slow, but we got the economy growing again. And we covered another 20 million folks with health care. And we made sure the wealthiest paid their fair share of taxes. And by the time I left office, wages were rising —

OBAMA: — the uninsured rate was falling.

OBAMA: The economy created more jobs over my latest 21 months than it did the 20 months since I’ve left office.

OBAMA: So when you hear the Republicans bragging about how good the economy is right now, where do you think that started?

Rush for the win?

A body language expert analyzed Obama. The results are stunning.

In short, Obama is coming off as desperate.

“This is not the same Obama I’m seeing. His head goes down a lot more in that downward position. It’s like a defeatist position. He’s no longer that confident, head held high, arrogant mentality… This is desperation.”

The post REMEMBER: Obama Buried Bin Laden Raid Docs to Lie to America to Get Re-Elected appeared first on Flag And Cross.

obama has the nomination and the win, first place, for being the absolute worse person ever put in the whitehouse, and now he is trying to claim credit for the improvements in America since he left office….