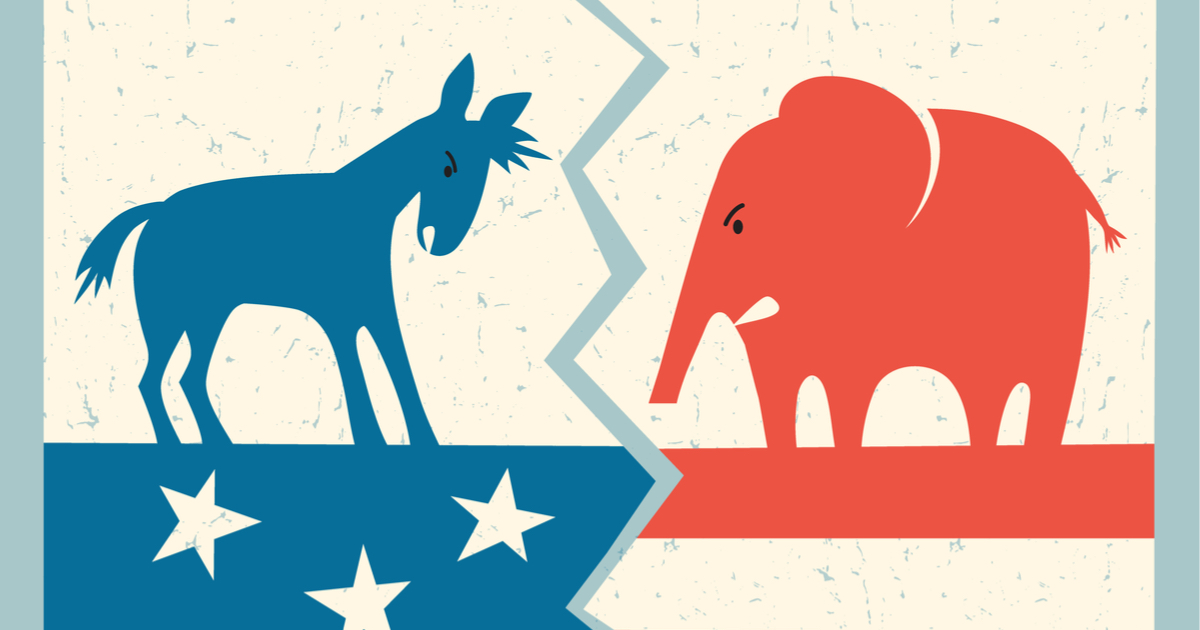 Our nation is currently embroiled in a number of heavy debates over which fork in the road to take.

It seems that, thanks to the unending division being sown by the mainstream media, that there are but two ways  in which we can proceed:  Fully left, or fully right.

Of course, this doesn’t have to be this way, but it will take years for us to pull our heads out of the sand far enough to realize this.  For the time being, we are wondering which major piece of legislation will emerge from the halls of congress unscathed.

Within this dueling political world, the left is hellbent on pushing a multi-trillion dollar “Green New Deal” bill, while the President has made no mistake about his intention of building a wall along the southern border of these United States – to the tune of the relatively paltry sum of $5-ish billion.

Where does America stand on these two issues?  One new poll is aiming to find out.

A majority of Americans would rather have a wall sealing America’s southern border than the Green New Deal, according to a poll released on Wednesday.

Fifty-one percent of Americans say that they would rather have a border wall on America’s southern border, compared to 31 percent who say that they want a Green New Deal, according to a poll released by Remington Research Group.

Unfortunately for the nation, Congress has long strayed from their intended purpose as public servants, and have begun to openly embrace their role as the ruling class in America.