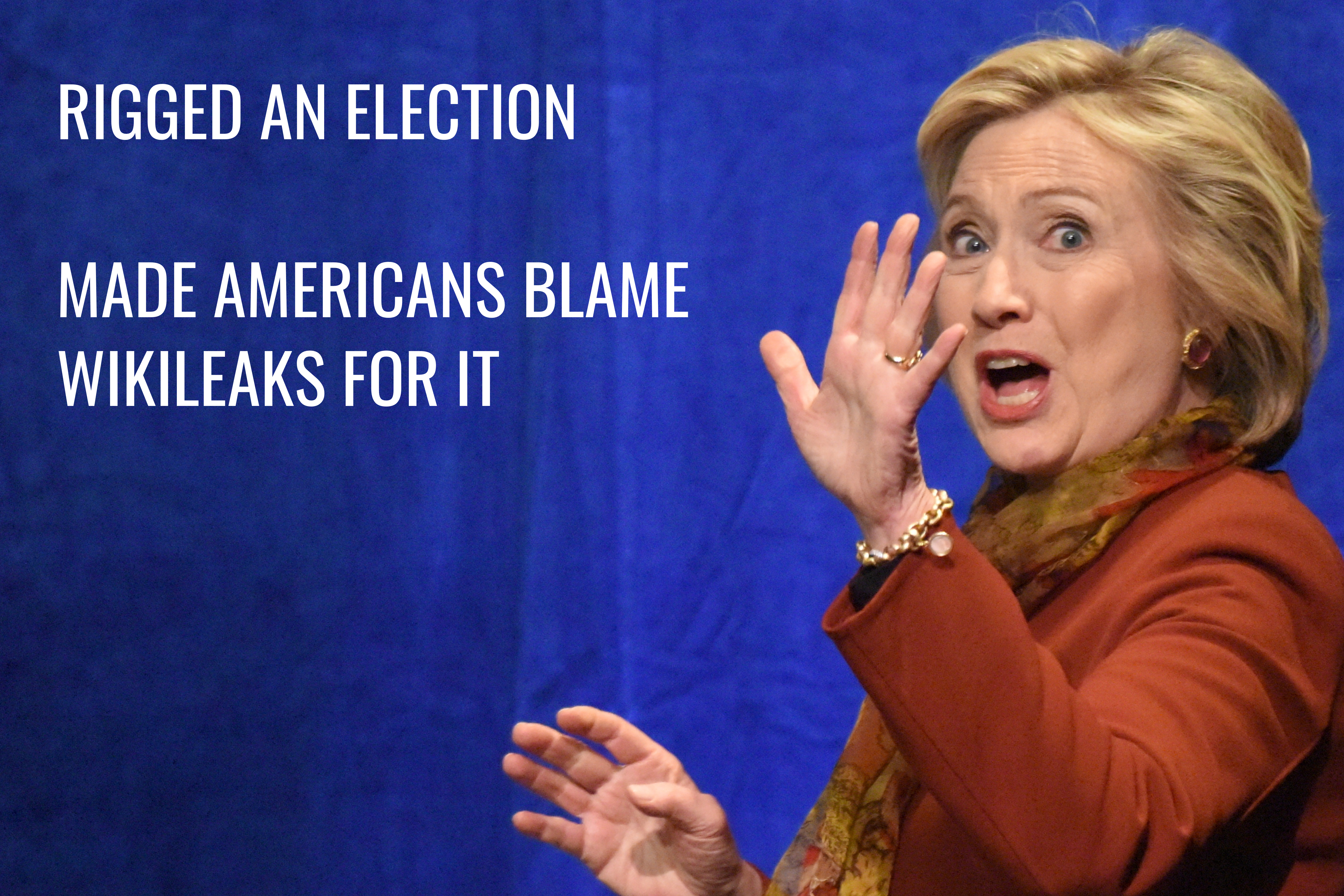 Let’s not beat around the bush, here:  Americans who find themselves angry over the Wikileaks release of Hillary Clinton’s hacked emails are missing the point.

Yes, the act was illegal.  And sure, the fact that there are Russian assets implicated in the hack is more than a little worrisome, but isn’t the truth more important?

At what point did cheating and lying become acceptable attributes for a world leader…?  Especially one who wished to be at the helm of the world’s most powerful, iconic, and free nation?

The left seems to wholly accept that the DNC and Hillary Clinton colluded to rig the 2016 primary election, effectually subverting the will of their own constituents in order to pat Hillary Clinton on the back for her massive influx of cash into the Democratic Party….and they don’t seem to care.  They are focused instead on whether or not Clinton’s political opponent may have also played dirty.

This is pure fiction; nonsense of the highest order.

What the democrats are effectively saying is that “only we are allowed to play dirty in politics, and we will harangue anyone else who chooses this path”.

If there is a greater travesty being overlooked today on Capitol Hill, it would take more a lot more than a congressional committee to discover it.

As Michael Cohen continues to squeal over the next few hours or days, only the truly un-American will find themselves playing the partisan games in the front of the news cameras.

Those with an undeniable love for this nation will cast aside the political ramifications of who knew what and when, and instead focus on how we allowed a political party to normalize cheating while demonizing those who exposed them.

Paul Revere told us that the British were coming, and Wikileaks, (through Roger Stone), told President Trump that the truth was coming.

The post No Matter The Legality of The DNC Hack, America is Better For It appeared first on Flag And Cross.