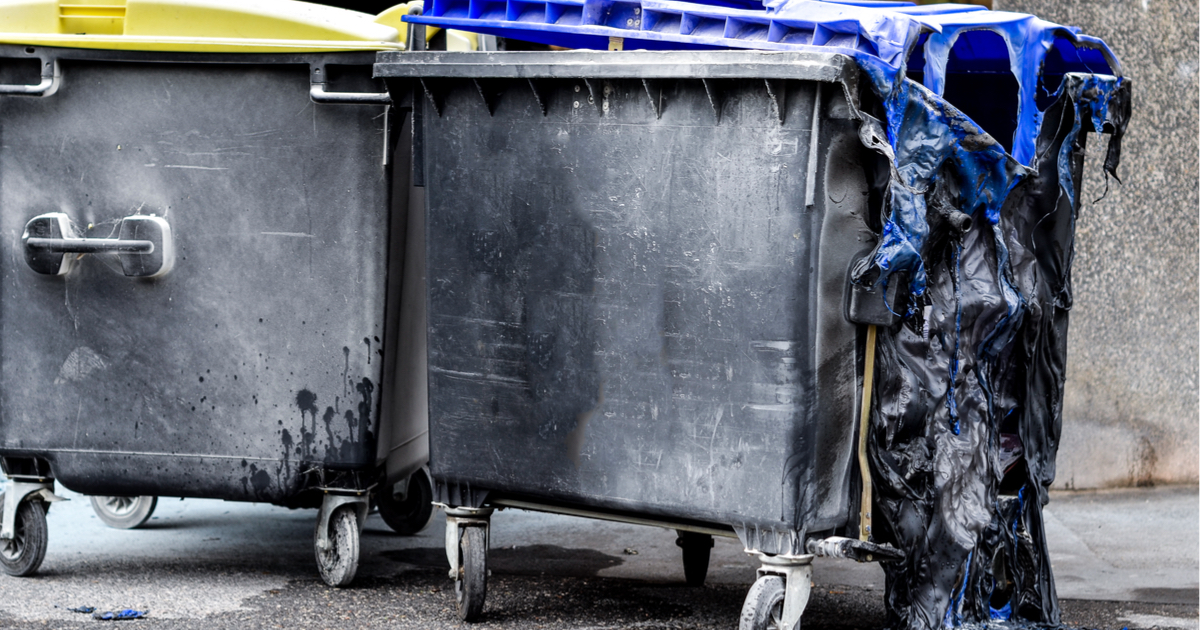 This is part of growing up.  You need to test your limits to know what the consequences of your actions could or would be.  Much of the time, this carelessness occurs in the realms of physical and emotional pain.  Maybe we were going a little too fast down that rocky hill on our bikes, and we have the cast to prove it.  Or, perhaps, we let our hormonal urges lead us blindly into one heck of a heartbreak.

Either way, pushing the limits can be healthy in the long-term while painful in the short term, at least in some of these more innocent examples.

Unfortunately for the youth at large today, there are far too many limits being pushed in far more harmful arenas, including a wild new trend of huffing the fumes from burning plastic trash cans.

Police in the United Kingdom are warning about a dangerous new trend of teens lighting plastic garbage cans on fire and inhaling their fumes.

Authorities were prompted to speak out about the bizarre new craze after several “extremely dangerous” incidents were reported in the Greater Manchester area, the Mirrorreports.

Dyes used to make the trash cans – more commonly known as wheelie bins in the U.K. – emit a fume when lit on fire that can produce a high when inhaled, much like other solvents such as glue or gas. Fumes from the plastic bins, however, are “highly toxic” and reportedly more dangerous than other solvents.

The incidents in Manchester were concentrated in one specific area, Longsight Park, according to police.

While many of these kids would get the same effect from permanent markers, rubber cement, or even cannabis, the addition of the minor arson certainly feeds the thrill-seeking portion of the teenage brain, creating not only a true, chemical high, but an unfortunately addicting shot of adrenalin as well.

Of course, the damage to the lungs and minds of these young people is a major concern to health officials in the UK, prompting a litany of warnings about the practice.

The post Parents Be Warned! New Teenage Trend Combines Getting High with Light Arson appeared first on Flag And Cross.