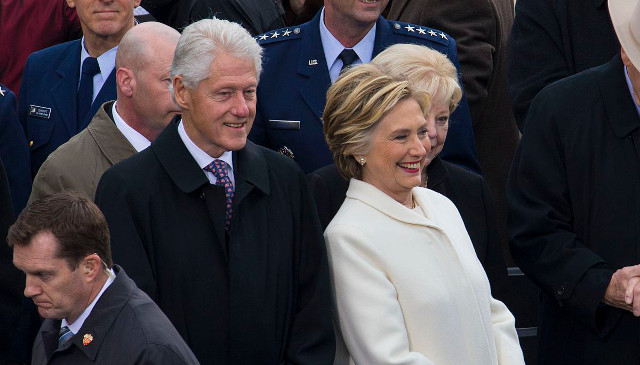 If anyone understands the treachery of the Democratic Party, it would be Bernie Sanders.

The usually-Independent democratic socialist from Vermont ran against DNC-favorite Hillary Clinton back in 2016, in a presidential race marred by Clinton’s abhorrently un-American behavior.

Thanks to the folks over at Wikileaks, Clinton found herself exposed to some frightfully serious charges of collusion with the Democratic National Committee.  In emails hacked from within her own campaign, it was discovered that not only had Clinton provided a massive influx of cash to the struggling DNC, but she did so under the assumption that this money would help to secure her primary victory.

In short:  Clinton bought the DNC to rig the primary election against Bernie Sanders.

Now, as Sanders has again thrown his hat into the ring for 2020, his staffers are reminiscing about their interactions with Clinton’s staff…and it’s not pretty.

We’d like to warn you that the language ahead is quite strong.

Sen. Bernie Sanders’s (I-VT) 2016 presidential spokesman slammed Hillary Clinton and members of her campaign staff as the “biggest assholes in American politics” in response to criticism from former Clinton staffers.

“You can see why she’s one of the most disliked politicians in America. She’s not nice. Her people are not nice,” ex-Sanders spox Michael Briggs said in an interview with Politico regarding Clinton. “[Sanders] busted his tail to fly all over the country to talk about why it made sense to elect Hillary Clinton and the thanks that [we] get is this kind of petty stupid sniping a couple years after the fact.”

“It doesn’t make me feel good to feel this way but they’re some of the biggest assholes in American politics,” he added.

Clinton has not yet indicated a desire to run again in 2020….and Sanders is likely thankful for that.