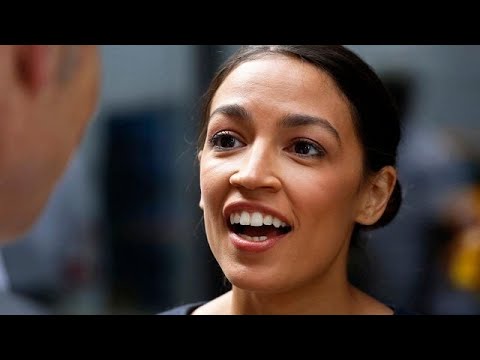 When it comes to the current societal dichotomy that we live in, no one is more disillusioned with their lot in life than the ruling class cretins of Congress.

You see, in America we have been given a gift at birth:  The unequivocal right to pursue our happiness.  We have a leg-up on the rest of the world in this regard, and there is no one in their right mind denying that.

Our cultural and societal troubles, however, are not impervious to our pursuit of happiness.  This uncomfortable reality is almost always due to the creeping sins of greed and gluttony – something embodied in our society nowhere better than in our federal government.

We have legislators writing laws that allow them to become rich, thanks to the ultra-wealthy business owners who are now allowed to stuff Congressional and executive campaign coffers with cash, unfettered by law and common sense.

Perhaps that’s why we have a freshman Congresswoman, who is an avowed democratic socialist, claiming that she is somehow “the boss”?

She added, “So people are like, ‘Oh it’s unrealistic. Oh it’s vague. Oh it doesn’t address this little minute thing.’ And I’m like, ‘You try. You do it. Cuz you’re not. Cuz you’re not. So, until you do it, I’m the boss.’ How about that?”

Perhaps it is time to remind AOC that she is now a public servant, whose salary is provided by our tax dollars.

And our tax dollars, just as a reminder, were also our impetus to band together and repel the greatest fighting force on the planet back in the 1770’s.

In other words, we take this “public servitude for taxes” thing fairly seriously, and we would have no qualms giving even the bossiest of bosses a trip back to the Bronx at the end of their first term.

The post AOC Claims That She’s “The Boss”, Forgets About Being a PUBLIC SERVANT appeared first on Flag And Cross.

These career politicians are no longer working for the people, they are there for two reasons, to get re-elected and to enrich themselves. Would appear that the only solution is for term limits.