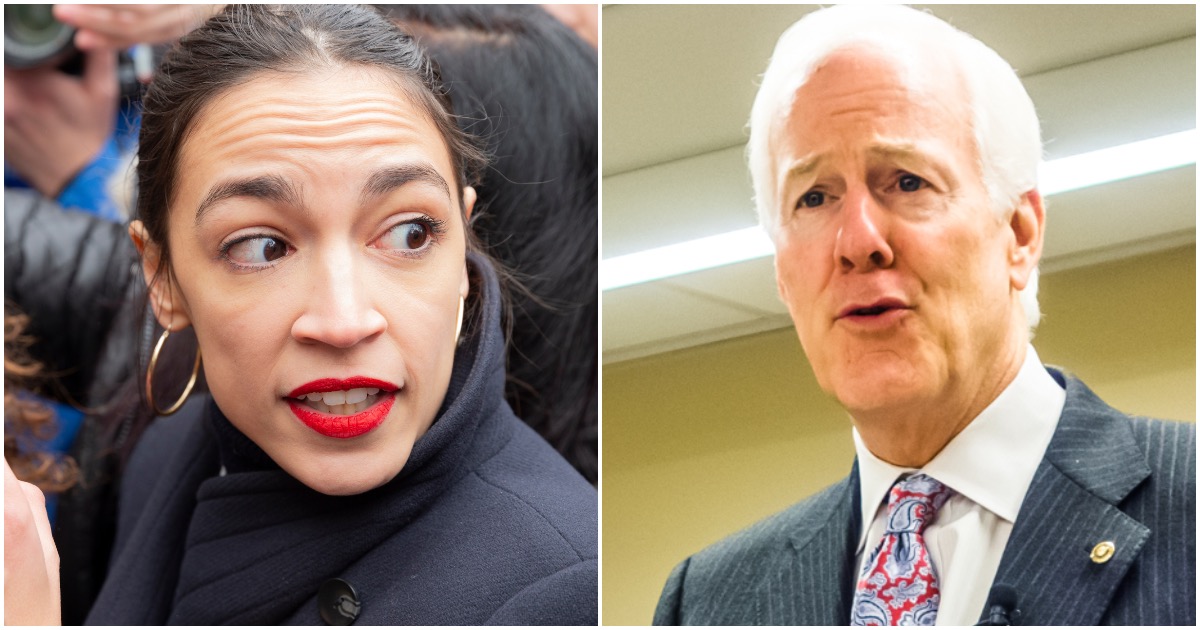 Time after time, though, she’s proven wrong. And not just sort of wrong, but resoundingly wrong.

On Sunday, Senator John Cornyn (R-TX) mocked the creators of the Green New Deal, among them Rep. Alexandria Ocasio-Cortez (D-NY), by likening her and her cohorts ideas to the dreams of fascist dictator Benito Mussolini. Ocasio-Cortez missed the joke, however, in the process displaying once again that she’s not the most sophisticated thinker in the continental United States.

It's funny how she doesn't get that he's quoting one of her ideological forefathers to mock her. #DimBulb https://t.co/os88GjEuvt

Were you dropped on your head as a baby, or is this an even dumber staffer? https://t.co/vkE0wAnHdE

Cornyn then came back for some more fun:

You nailed it, Bud. Since so-called Democratic Socialists have forgotten or never learned the lessons of history, and how their ideology is incompatible with freedom, I guess we have to remind or teach them. https://t.co/ftzal1DMED

Ocasio-Cortez is very mad with the liberal media.

AOC says she didn’t say what is being reported while speaking with late night host Stephen Colbert, but as you’ll see below, that is clearly a lie.

The post Senator Drops Mussolini Quote On AOC, Response Shows She Has No Clue – AT ALL appeared first on Flag And Cross.