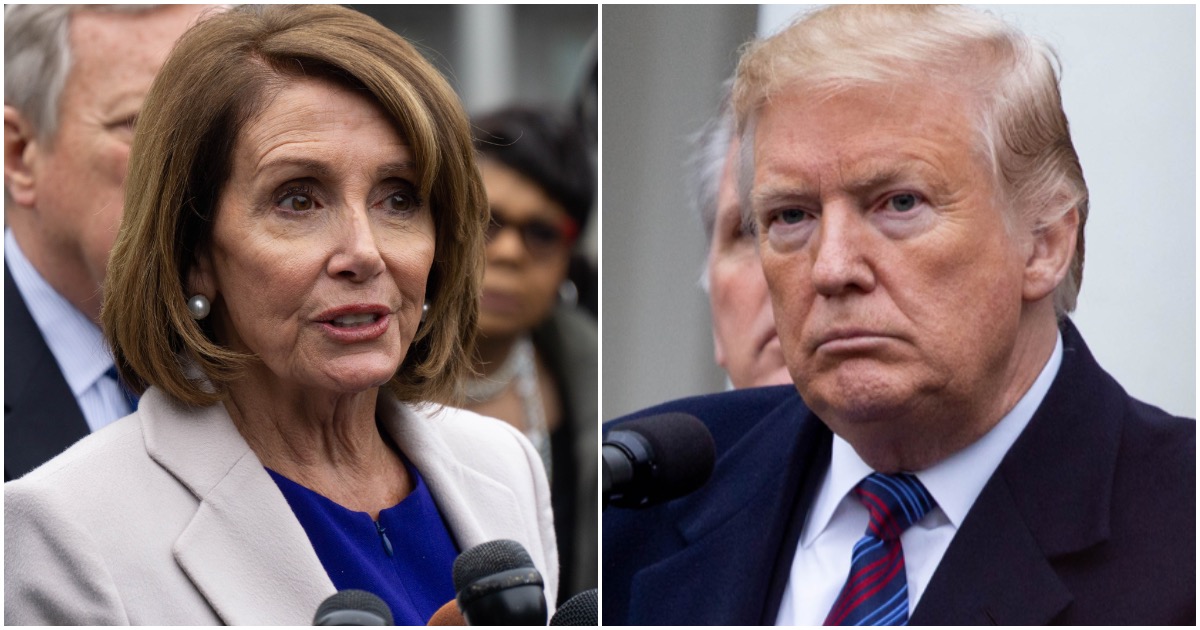 Not long after President Trump declared a national emergency at the southern border, Democrats vowed to fight.

As the entire nation could’ve predicted, POTUS was none too pleased.

He fired back at Nancy, guns blazing.

President Donald Trump vowed Friday to veto any legislation attempting to block his State of Emergency declaration on the Southern border.

“One hundred percent,” Trump said when asked by reporters at the White House if he would veto any legislation trying to block his order.

Dems know they can’t stop Trump for going through with the national emergency order.

They’re are simply doing what they think their constituents want them to do, which is to fight Trump every step of the way.

Could that be any more obvious?

According to California’s Pelosi, the “GOP attitude disrespects workers, dishonors our values and damages our economy.”

While talking about the amount of money Democrats want to spend, she mistakenly said “$1 billion” instead of “$17 billion,” then said “$9 million” before changing it to “$9 billion”.

The post Pelosi Aims To Block Trump’s Nat’l Emergency, So POTUS Fires Back With A Vengeance appeared first on Flag And Cross.