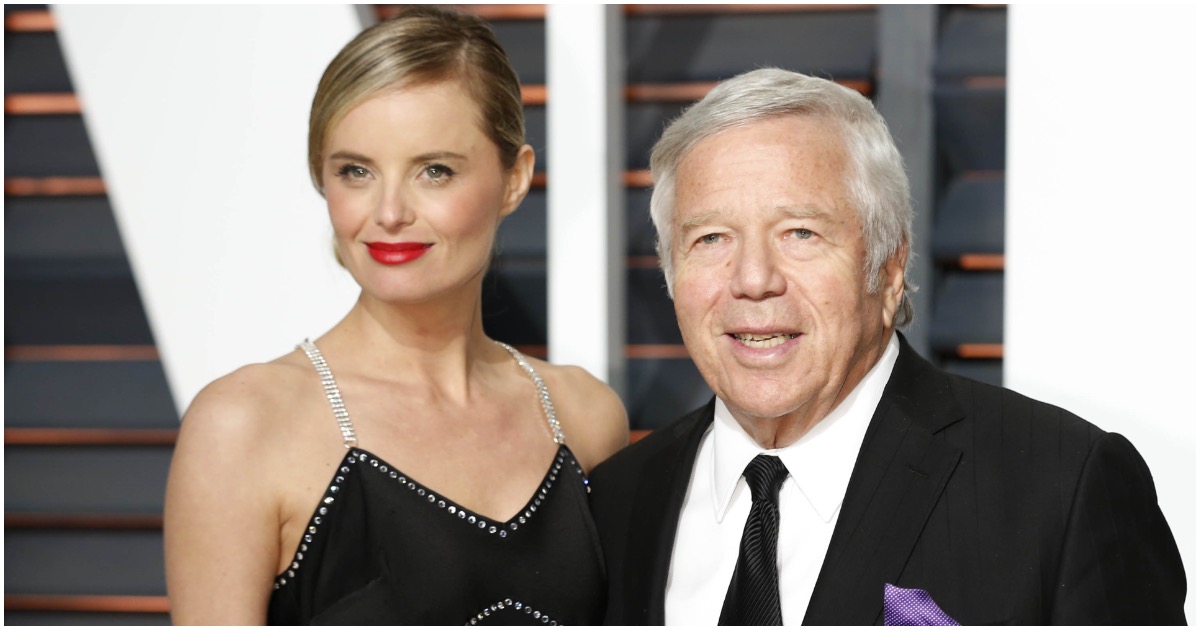 Apparently, Kraft was caught on camera walking into an Asian massage parlor a soliciting a prostitute – twice.

ESPN’s Adam Schefter reported that there are 175 more names coming in a Jupiter, Florida prostitution sting that resulted in New England Patriots owner Robert Kraft being charged with soliciting a prostitute.

Schefter told a WEEI radio host on Friday that Kraft was not the biggest name involved.

Schefter clarified that when he was talking about Kraft on ESPN earlier in the day, there were only 25 people named in the police report so far and that it is his understanding that there are up to 200 names in total involved in the investigation.

Kraft is a big name in the sports world. He’s also semi-close with President Trump, so you’d imagine the left is going to have a field day and attempt to connect some dots, one way or the other.

What’s even wilder is that Kraft isn’t even the biggest name involved in the scandal.

Under Florida law, a first offense carries up to 60 days in jail and a $500 fine.

A spokesman for Kraft and the Patriots said, “We categorically deny that Mr. Kraft engaged in any illegal activity. Because it is a judicial matter, we will not be commenting further.”

Kraft was allegedly driven to and from the massage parlor by a chauffeur who will not be charged, Kerr said.

The NFL clearly went with a diversity play for its “Man of the Year.”

How else can it be explained that an anti-Trump, pro-anthem kneeling defensive lineman was given the award?

Chris Long even refused to visit the White House after winning the Super Bowl a couple of years ago.

“While I am officially accepting this award, we would not be able to accomplish our goals without the support and participation of countless other individuals. I am humbled by the support we have received from my peers who have donated to our various matching-campaigns … and the generosity of our fans who have made vital contributions to our foundation over the years.”

Stay tuned for more on this Kraft situation.

It could potentially be an even bigger deal tthan it already sounds, if he is found guilty.

Would the NFL force him to sell the Patriots? Don’t rule it out.

The post NFL Owner Busted In Prostitution Sting, But He’s NOT the Biggest Name Involved appeared first on Flag And Cross.

Yeah, the “Trump haters” ( darn him for beating out the criminal dem nominee) will be beating their drums because a Trump friend was involved; but let’s us wait until the full list comes out. Bet their will be a lot of “other”big name dems on it.