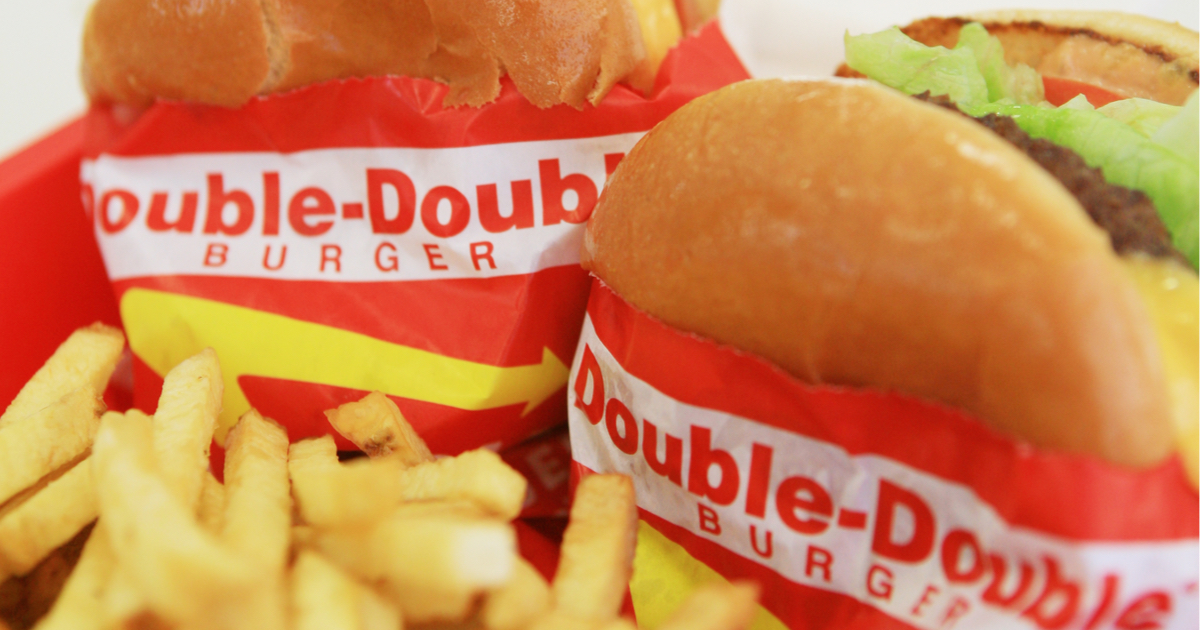 While many see People for The Ethical Treatment of Animals, PETA, as a mere pest in our popular culture, there are far more sinister realities that should be discussed.

For instance, the fact that PETA does an absolutely abhorrent job as rescuing cats and dogs – something that Humane Societies have perfected over the course of their existence.

Worse still, the main focus of PETA has been marketing and brand promotion – not the treatment of animals in the least bit.  Their constant, grating stunts do very little to save critters whatsoever, while doing an excellent job of reminding us that PETA still exists…for some reason.

Their latest piggybacking marketing scam has the disgraced organization riding the coattails of The Oscars and one of the nation’s most popular burger joints.

Animal rights group PETA is urging Hollywood to skip the growing tradition of hitting an In-N-Out Burger after the Oscars because the fast food joints sell meat.

It has become the “in” thing to hit the In-N-Out drive through after Hollywood’s big awards shows. Indeed, a recent article in People featured a photo spread of the stars visiting the burger chain, according to Hollywood Reporter.

But PETA is highly annoyed with the burger-eating trend. The animal rights group has sent letters to some of Hollywood’s biggest stars to urge them to skip their new In-N-Out habit.

Of course, PETA doesn’t want us all to realize that farmers who grow the food for vegetarians exterminate entire acres of animals in order to put food on the table for the rest of the nation.

To find the nearest In-N-Out Burger to your location, you can search here.